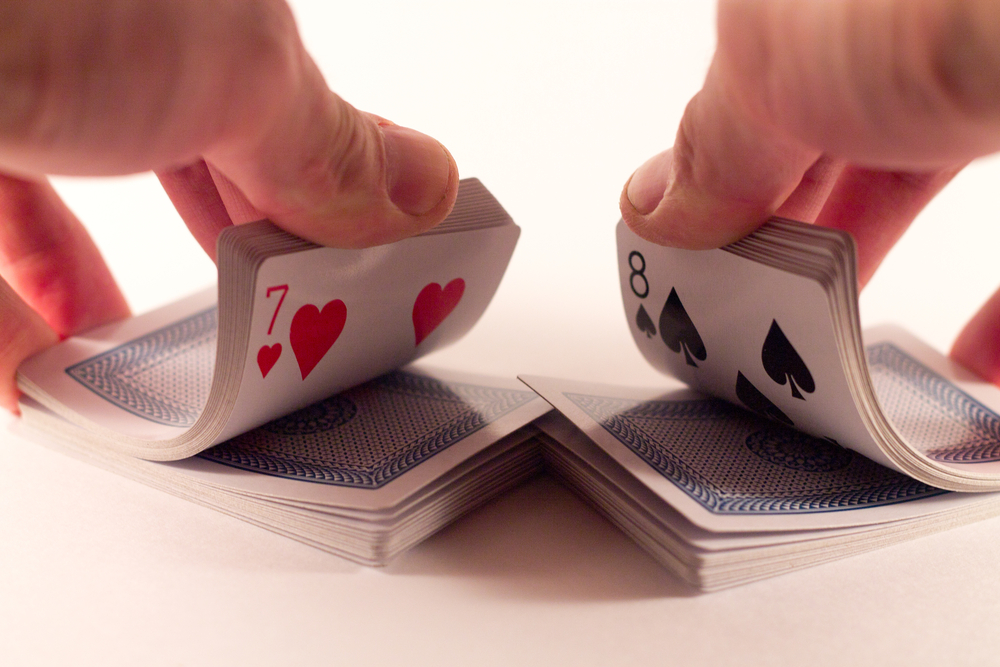 Home » Skills » How to Shuffle Playing Cards: The Basics of Shuffling a Deck of Cards

As a card game player, one of the most basic skills that you should learn is card shuffling.

Most people can shuffle cards with little to no difficulty but there are those that just don’t have the gift of handling playing cards.

If you are someone who’s the latter, it can be problematic or even downright embarrassing if you’re tasked with shuffling cards during home games or self-dealt games.

When you’re someone who can’t shuffle cards to save your life, it’s never too late to learn.

So grab a deck of playing cards and practice your card shuffling.

In this post, we’ve written a quick guide on how to shuffle playing cards. We have discussed the different ways to shuffle cards so you’ll be card sharp in no time.

How to Shuffle Playing Cards

There are many different ways to shuffle playing cards and despite how hard they look, they’re actually quite easy to perform.

The overhand technique is a shuffling method that is mostly used by beginners so this is a good starting point. It looks very open and casual but this should help you get the job done.

The key here is to shuffle the cards with a light touch. If you have grip the cards too firmly, you will be unable to release the cards easily. Keep doing this until you’re comfortable and able to shuffle quickly.

Not sure why it’s called the Hindu Shuffle but we can only assume that this technique has originated from India.  Again, this is a very simple method but looks a lot more polished than the overhand.

Again, just keep practicing and you’ll be able to do this shuffle quickly. If you can do this quickly, you’ll look like a professional dealer.

This is another simple shuffling method and is often used in casinos and poker rooms. This is a great method to learn as it’s unlikely to expose the cards to the players.

And that’s how to shuffle playing cards and looking like a pro.

Although these are just basic card shuffling techniques, they can really make you look sharp with enough practice.

So what’s your favorite card shuffling technique? Feel free to share your thoughts in the comments!