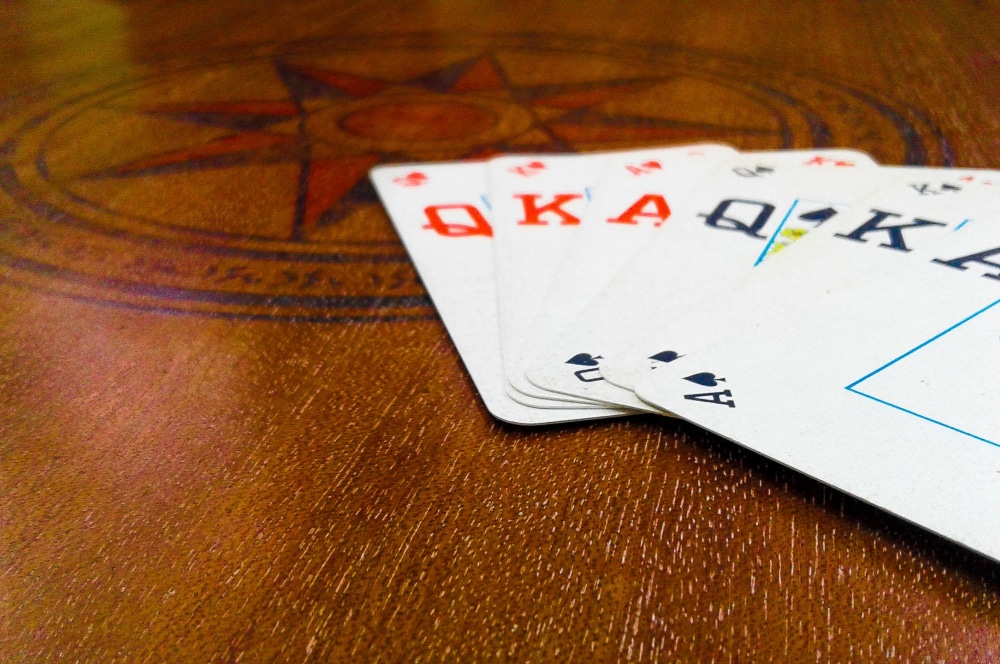 Home » Games » How To Have Fun Playing Canasta

The Canasta card game is fun but rarely played team game which originated in the 1950s in the US. Canasta is a bit complex for casual play, and it has some rules which make it difficult to learn for new players, but players familiar with Rummy will probably have the easiest time learning Canasta.

At its best, Canasta is immensely fun and has great strategic and tactical depth. Canasta is also a great way to socialize with people that you don’t know because it forces random teams with each new game, which can be helpful for introverts.

If you’ve ever wondered how to play Canasta, this is the article for you.

Who Is Canasta For?

Canasta is a competitive team game for players that are already familiar with Rummy or similar meld-making card games. Children will be in over their heads during a game of Canasta, as will many tweens and even some teenagers.

Canasta’s speed of play can vary, but in general, it maintains a moderate speed of play that can accelerate or slow down depending on the speed and skill of the players. Canasta is a game of skill rather than luck, though the draw can still cause frustration for the most tactical of players.

What Do I Need To Play Canasta?

What Are The Rules Of Canasta?

The first step in any Canasta game is to form teams based on the card draw.

If by some crazy coincidence there is any ambiguity in this team forming method, just repeat the process. You can also use the ranking of suits to determine which card is higher, but since Canasta requires two decks of cards to play, it’s still possible for ties to occur.

Once the teams of two settle, it’s time to reorient. Players of the same team should sit opposite each other. Each player must now draw a single card again; the player who draws the highest card plays first.

Additionally, the player to the right of the player who draws the highest card is the player that becomes the dealer. The dealer then shuffles all of the cards, cuts the cards, and provides 11 cards to each player, face down.

Throughout gameplay, the person who deals shifts to the right by one player after each hand.

Each player’s turn has two options. The player can choose to play a meld of three or more cards of the same rank, or do nothing. At the end of the turn, the player discards a card. The hand ends when a player plays a meld, leaving only one card in their hand, which is then discarded at the end of their turn.

There are several rules which govern making melds in Canasta that make things more complicated than they seem, however.

The point values of each card in each meld are as follows:

As we’ll see later, this isn’t a comprehensive scoring guide, just the starting point for tallying the value of melds.

To place any meld, your team has to be “open.” Teams become “open” only when they can play a single contiguous meld that’s worth greater than a fraction of the points required to win the game. So, if the players agree that 1500 points are needed to win the game, the lowest tally that a meld can have before the team is open would be 50.

Once the team is open, they may play lower value melds.

There’s a catch, though. Before going out and ending the round, one member of your team has to make a Canasta.

How Do I Win Canasta?

In Canasta, “a Canasta” is a meld of seven or more cards that allows a member of one of the teams to go out. You can build on previously played melds however you please, but there are consequences to your methodology of how you build on previously established melds.

Certain cards in Canasta are “natural” whereas others are wild cards. Wildcards are Jokers and 2s. If you keep your melds and Canastas clean—devoid of wild cards—they’re worth more points at the end of the round. How much more they’re worth depends on the exact variant that you’re playing but sometimes avoiding wildcards can increase the value of your meld by as many as 200 points.

To win Canasta, you have to both go out—end the round—and have the sum of your melds be greater than the sum of your opponents’. Going out, as mentioned earlier, is the process of playing all of the cards in the player’s hand as melds, then discarding the last card, which can’t be done until one of the players has made a Canasta.

Players can make a Canasta in the process of going out, but they don’t necessarily have to be open—to have played a starting meld with a certain value—before making a Canasta and simultaneously going out. This is called going out concealed, and it’s worth an extra 100 points, meaning that it leads to some very tricky maneuvers that skilled Canasta players will use.

If your team can make a Canasta and go out without having made an opening meld, you’ll have a substantial advantage because of the way that scores are tallied. To find your team’s final score, add:

Once your team hits the agreed upon point maximum, the game is over, and you win. Canasta is a tricky game with a ton of different rules, but it’s deeply rewarding if you can stick by the arithmetic and play strategically.