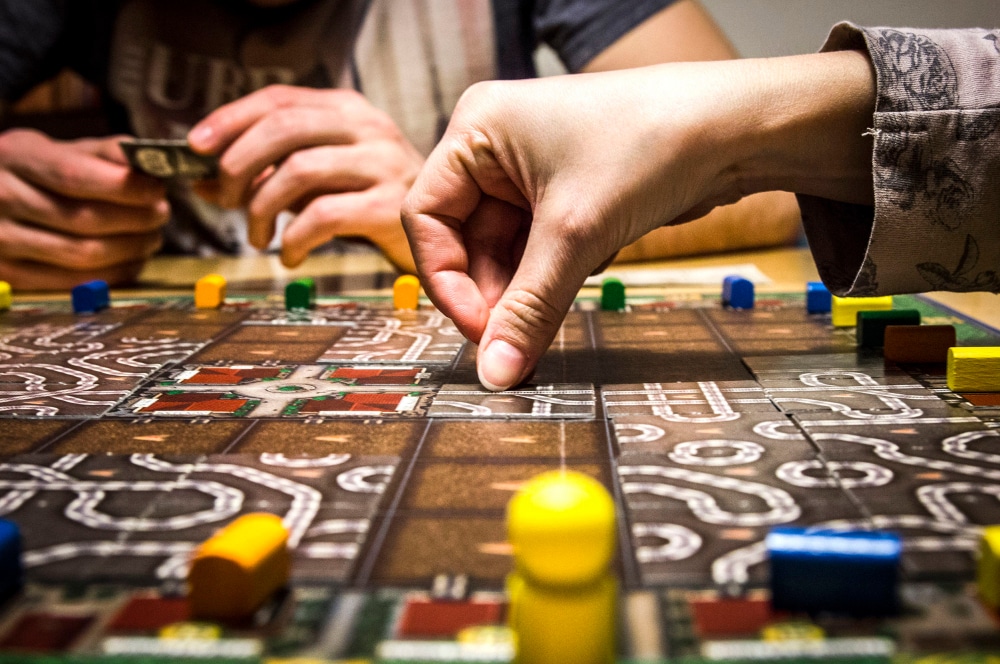 Home » Games » How To Plan Your First Family Game Night

The family game night is a tradition that many families share, and you might be interested in introducing it into your family’s schedule if you think that your family would enjoy a little extra time together in a state of structured play.

Game nights are a great way to bond with your spouse, your children, their friends, and even your other relatives. They’re also very cheap to put on, and easy to rope your friends and their children into if you’d like.

If you’ve never held a family game night before, the entire production can be a bit overwhelming, though. You may not be sure about which games are appropriate, who should attend, how long the “night” should last, and whether you’ll be able to keep your teenager’s temper in line.

While we don’t have any solutions to the last issue, we’re here to offer an abundance of tips and tricks regarding the others.

If you’re short on family game night ideas, this is the right article for you. We’ll walk through how to throw your first family game night, which family fun night games are good to start, and how to plan your next night.

Why Have A Game Night?

Having a game night is a great excuse to get your entire family together in one room for an entire night and spend quality time together.

Family game nights are inexpensive, safe, and teach important skills like good sportsmanship and patience. Everyone in your family can grow to look forward to family game night, provided that you cater to their interests.

While teenagers may scoff and little children will enjoy it but probably not understand what’s going on, putting on a family game night requires a bit of planning to pull off so that everyone’s happy, though.

Especially after your family has been separated from each other for a long period, having a long period together to interact via games can be a great way get re-acquainted. Be careful, though.

Sometimes grudges can form during game nights as a result of competitive plays in more complex games. If you have a lot of young children present at your game night, you should be sure to emphasize concepts like fair play and rule following so that they’ll come away from the game night with a bit more than they came in with.

The good news is that childrearing is the most difficult part of having a good game night. The logistics of arranging a game night are simple.

How Should We Have A Game Night?

To have a game night, you’ll need the following things:

Though it’s not explicitly necessary, having a good attitude going in is also a very important part of holding a successful family game night. If someone in the family has had a particularly tough day, you may want to push game night back to ensure that everyone is in good spirits when it comes to gaming.

Other tricks which are helpful to conducting a successful family game night include having a defined starting time, stopping time, and banning electronic devices. While banning devices may seem like an extreme step, it ensures that everyone’s attention stays right where it should be: on their loving family members at their sides.

You don’t necessarily need to stick to a consistent schedule for game nights, but it can help to keep everyone in the family on the same page. If you’re trying to start a tradition, start slowly. Having a game night once per month will be enough to start off, and if your family is really into gaming, you can always introduce more game nights spontaneously if you’d like.

Just remember, the first game night won’t happen spontaneously—you’re going to need to put in the organized effort to purchase the right games and snacks, have the area cleared, and have everyone’s promise that they’ll attend.

Who’s Going To Your Game Night?

Before you plan your game night, you should think about the guest list.

On the bright side, you won’t have to try as hard to produce a tasty snack because children aren’t very picky.

What About The Tweens And Teenagers?

Tweens and teenagers can be difficult to incorporate into game nights, depending on their attitude. Some tweens and teens may think that they’re too cool to play games with their family, but this can usually be solved by having a more entertaining selection of games on hand.

Teenagers and tweens tend to enjoy card games like Spades, Hearts, and Rummy more than they would Checkers. It may also be challenging to keep your teens and tweens showing up on time to game night and staying off of their electronic devices, so you may benefit from giving them a separate area to play—away from the small children.

Aside from the children, how many adults will there be, aside from you? If it’s just you and your spouse, that’s perfectly fine. Just keep in mind that the adults will need to split the responsibilities of taking care of the young children while also playing along.

If there are other adults or relatives invited to your game night, they probably know how to behave, but they might get a bit bored if there aren’t age appropriate games, snacks, and drinks.

Most family game nights are alcohol-free, but if the crowd skews considerably older, it’s probably acceptable to have alcoholic drinks on offer for anyone of age who is interested.

Sometimes it’s acceptable to let the family game night concept bend a bit to include hanging around and talking to family members rather than just playing games, so don’t be afraid to break away from a heated game of Go Fish to chat with someone who you haven’t seen in a while.

No matter who ends up attending your family game night, you’ll need to decide on a roster of games to play.

Which Games Should We Play?

There are a few standard games that come out to most family game nights, including:

The games for a family game night that your family chooses to play are usually determined by vote. If your youngsters are too young to have a preference, don’t be afraid to pick the most entertaining option by your judgment.

The most fun games to play on a family game night usually require a bit more getting involved than the games with the broadest appeal. Games like Monopoly, Settlers of Catan, and Poker have a lot of rules which may frustrate the youngest children.

On the flip side, these more complex games are far more interesting for the adults and teenagers in the crowd, so if your family game night skews toward an older audience, be sure to shift your selection of games accordingly.

There’s also something to be said for challenging your children with games that are a little bit beyond their natural level during the family game night. The idea is that by challenging them, you’ll push them to grow, and the loving family environment is a safe place to learn and experiment.

Once the play area is cleaned up and ready to go, the snacks are laid out, and the hour of the game night approaches, do your best to relax.

Family game nights can be a bit stressful if you’re one of the people who feel like they need to control everything but remember: family game nights are safe times where your family can interact in a partially structured environment that encourages intimacy and safety.

You may need to keep your eye on your tweens and teens to prevent any cattiness, and you’ll probably need to attend carefully to your youngest children to make sure that they’re playing the games by the rules and not making a mess, but find some time to have a good time for yourself.

Family game nights are about mutual bonding and exploration, which can’t happen if you don’t let your guard down.