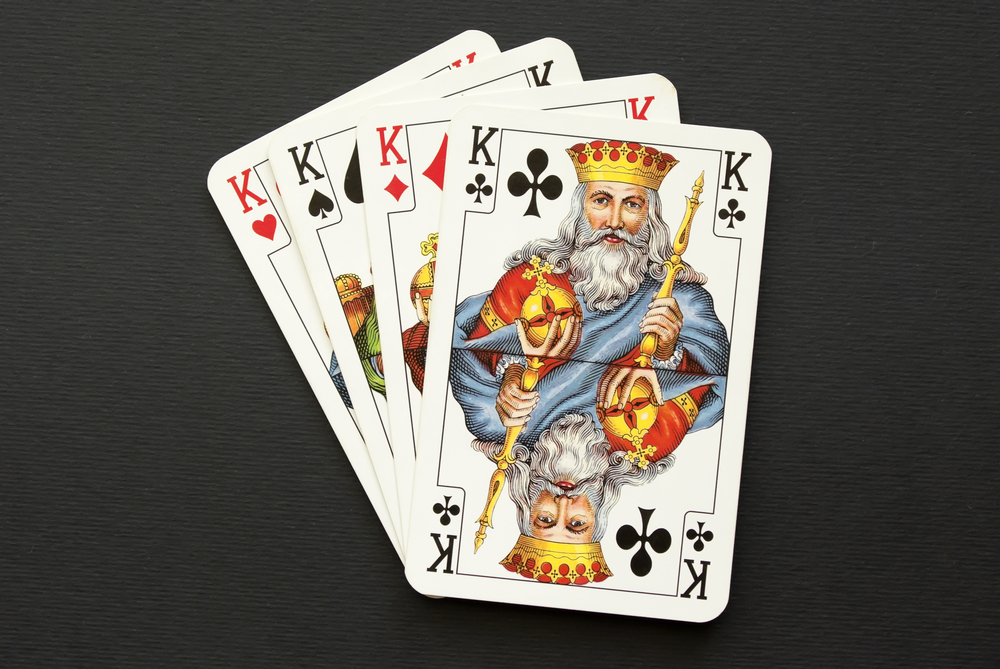 Home » Games » Kings in the Corner: A Great Game to Play With the Young Ones

Playing with your kids or grandkids using card games is one of the best ways to spend a fun afternoon. These days, anything that can pry them off their smartphones and tablets is always a good thing.

However, you will need a card game that is simple enough to learn but still very fun to play.

If that is the case, we highly recommend that you play Kings in the Corner. This card game is like the competitive version of the classic solitaire and will give the participants a nice mental workout.

Don’t get us wrong, the card game Kings in the Corner is not just for kids. Adults should have fun playing too, especially those who are new to playing cards. Check out our quick guide below.

How to Play Kings in the Corner

The Kings in the Corner game is also referred to as King’s Corner, Kings Around, Kings Corners or Spider. It is basically a multiplayer version of Solitaire and was invented by the Grey Family in the 1910s.

The game requires a standard deck of 52 playing cards (without jokers) and requires two to four participants.

These days, you can easily play Kings In The Corner card game online if you want to practice.

A New, Exciting Card Game to Try Out!