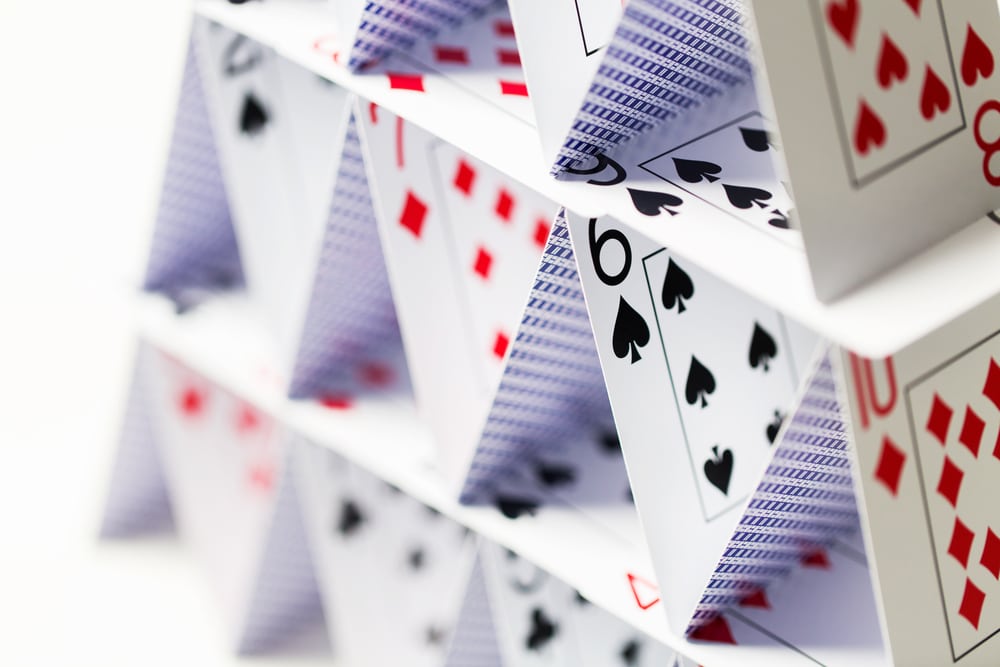 While there’s no shortage of ways to pass the time such as watching your favorite shows or movies, or tinkering with your smartphone, playing a good ol’ game of cards is still hard to beat.

When it comes to card games that you can play on your own, there’s nothing better than solitaire.

There are many types of solitaire such as the popular Pyramid Solitaire and Golf Solitaire. However, today we’re going to feature another popular type of solitaire card game: the Tri Peaks Solitaire.

Today, we’re going to lay down the basics on how to play Tri Peaks Solitaire as well as some quick tips to maximize your score.

As mentioned, Tri Peaks is very similar to Golf for being a fast-paced game, and Pyramid due to its quite complex scoring system that encourages early progress and long series.

Like all solitaire games, a Tri Peaks Solitaire game is played with one or more standard deck of 52 playing cards and one wild card (Joker).

The 10 cards on the tableau (bottom-most cards) are open while the rest of the 18 cards are dealt face down. The cards that remain will compose the stock.

The very first card from the stock is placed on the discard pile. The Joker wild card will be open and set aside on the right.

The main objective of the game is to clear the pyramid and this is done by clicking or tapping the cards that are higher or lower by one point than the top open card in your discard pile. The two keys to scoring high points are to clear each peak and form long sequences.

Say, if you have a King on top of your discard pile, you are able to discard an Ace or a Queen.

According to the Tri Peaks Solitaire rules, this game makes up two deals. Every time you match the topmost card of a pyramid, you will get a part of the hidden picture. Once you get to build the whole picture, your game will end.

The available cards from the pyramid layout can be moved to your discard pile.

For example, if you have a Queen on your discard pile as the top card, you can click or tap on a King, then on an Ace if you have them in the layout. The King-Ace will be scored as adjacent cards.

In the scenario that the sequence is stalled and no card from the layout can be placed in the discard pile, a new card will be drawn from the closed stock in order to form a new sequence.

In the event that no moves are possible, you may draw again from the stock.

During gameplay, once previously closed cards from the layout become uncovered, they are automatically opened and can be utilized for a sequence. The Joker can be used to match any other card from the layout. You can place the Joker at any time during gameplay to start a new sequence.

The game will end once the timer runs out or if there are no more cards to draw from the stock pile or no more moves are available.

Some Final Tips to Ace Your Game

As you can see, Tri Peaks Solitaire encourages long sequences to maximize your points so it’s best to plan your moves in advance.

Try your best to uncover face-down cards as quickly as possible and it’s best done row by row.

The key is to balance how you clear your card sequences as well as finalize your individual decks. Though it’s tempting, only use the wild card when it’s absolutely necessary.

For more amazing resources about card games, it’s highly recommended that you check out CardGameInfo.