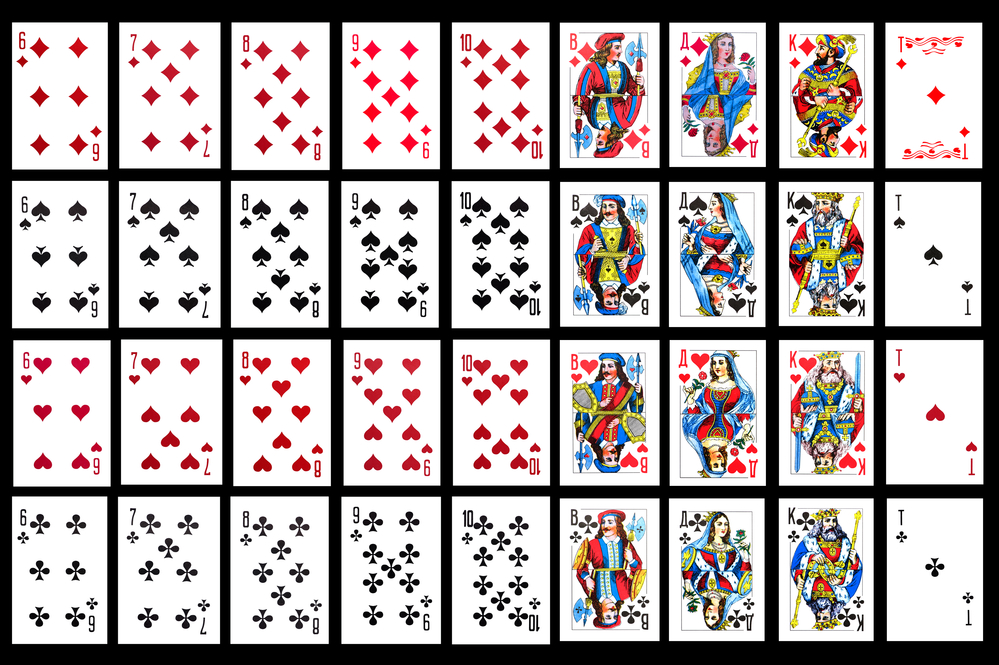 Home » Blog » How to Play Durak

Durak is one of the most popular card games played in Russia, and very few people outside of Russia and Ukraine know about this game. The point of Durak is not to win, but rather to find the ‘fool.’ Durak means ‘fool’ in Russian and is a game where the loser is teased as the ‘fool’ of the game.

How to Play Durak

Durak is a strategy card game played with 2-5 people in which the aim of the game is for each player to get rid of all the cards in their hand by the time the deck runs out. Durak is played with 36 cards from a standard 52-card deck, with the numerical cards 2-5 removed. The ranking goes high-to-low: Ace, King, Queen, Jack, 10, 9, 8, 7, 6.

Remember, the attack always goes to the left. At the end of each turn, even if the attack was unsuccessful, each player draws more cards until they have six, or until they deplete the draw pile. The main attacker always draws first, and draws as many cards as necessary to get to 6, and is followed by the rest of the attackers with the defender as the last to draw from the pile. If the draw pile runs out, the game continues without drawing. Those who run out of cards exit the game. There is no winning, only losing, in Durak. The last player with a card, or cards, in their hands, is the Durak, or ‘fool.’

Since Durak is a turn-based game, seating is relevant to the strategy of this game. Seating can be chosen through a variety of methods, with the most common method of drawing a high card. Once the high card is determined, the dealer shuffles the card and offers it to the player to the right for a cut. After the cut, the dealer distributes cards in a clockwise direction, face down, until each player has 6 cards.

Remember, each player draws from the draw pile until they have 6 cards at the end of each turn, even if the defense is successful. In some variants of the game if the last card played is a 6 by the defender, the defender is cheerfully declared the Durak s pogonom, or ‘fool with an epaulet.’ The six is then placed on the loser’s shoulder as a visible sign of their handicap with the low card. Other variants include:

There are multiple strategies that play into Durak. One of them involves taking trump cards early in the game. If you are a defender early in the game and attackers play trump cards against you, it is often advantageous to admit defeat to add trump cards to your hand to use later in the game. Another strategy is to save your trump cards for the end. Remember, the last player with cards in their hand is the loser, and you have to draw more cards until there are none left in the draw pile.

Saving your trump cards could secure your spot in later rounds. There are two parts of the game that are important to remember: the initial play and the endgame. The endgame is when all cards from the draw pile have been depleted, and no new cards are added to a players hand. This is when it is critical to be able to defend, and often when players use their trump cards.

Players often play low trumps in the initial plays in order to keep their hand light but may play high trump cards in special circumstances. A good strategy is to get rid of low cards in the initial attacks. Unless playing the lowest trump beats ace version, it is recommended to keep the trump ace until the endgame, as this is the best card for defense. It is important to pay attention to what cards are used in the initial plays as it will help you have an idea of what cards are needed to defend once the endgame begins.

Since trump cards are valuable, you should strive to get rid of non-trump cards in the beginning stages of each game. A lot of Durak involves chance, but experienced players quickly learn how to make a bad hand go a long way. It takes a few plays to get the hang of the game but quickly becomes second nature.

Overall, this game is fun and simple once you learn how to play. It is an excellent card game to add to your repertoire. While Durak can be played with 6-8 players, it is generally more intimate and enjoyable with 2-5 players. It is one of the most popular card games in Russia and is slowly branching out to the rest of the world. While it may take a few times to learn, Durak is a great game that will keep you and your friends entertained time and time again!

1 thought on “How to Play Durak”