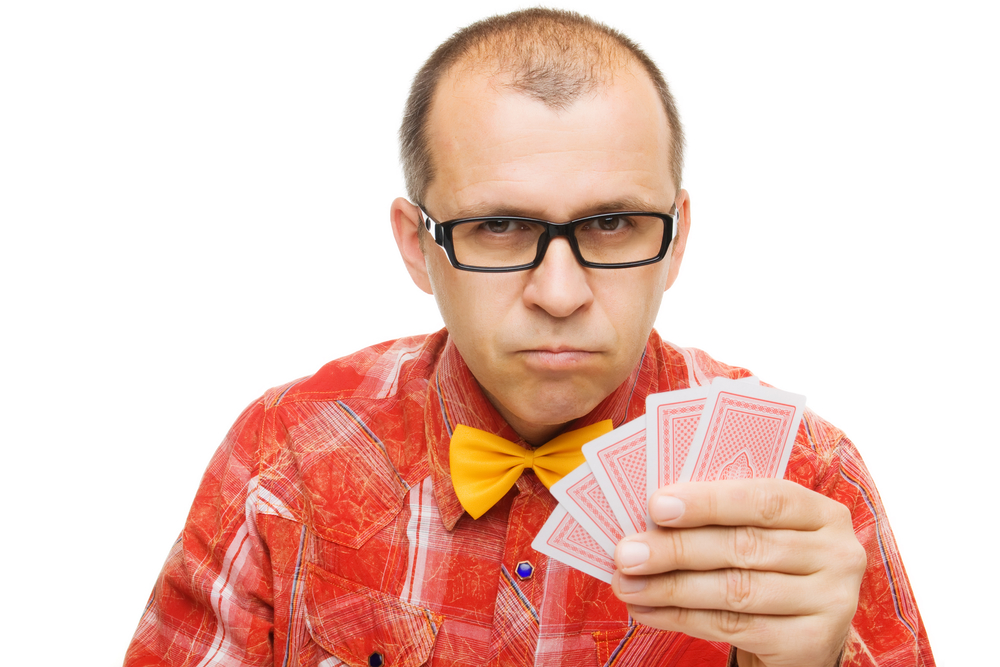 Home » Blog » How to Play Pinochle: 5 Rules to Know
So you’re a card buff and have grown tired of the usual. Poker, Black Jack, Texas Hold ‘Em, Canasta, Rook, and Old Maid have all lost their luster; they don’t give you quite the same rush as they used to. And now you’ve gone looking for a new game to show your friends and have stumbled across this incredible thing called Pinochle. If that describes you, then you’ve come to the right place to learn how to play Pinochle.

Pinochle definitely falls in a more complex category than a game like, say, Old Maid, so it is something you’ll likely want to play with an older crowd. However, Pinochle could be life changing. You could discover that the passion you have for Pinochle is greater than the passion Michelangelo had for art or Michael Jordan had for basketball.

You may create your own Pinochle league, reign supreme, and eventually retire a legend, becoming a puppet master working behind the scenes to set up match after match of Pinochle champions. If this dream is your dream, then read on and learn how to play Pinochle.

Before you learn how to play Pinochle, it will help to know exactly what the game is all about. To put it plainly, Pinochle is a trick-taking card game played with two or three players per deck. The deck used in the game is specialized and consists of 48 different cards.

History of the Game

Pinochle was born from a 19th-century French card game known as Bezique, which itself was a derivative of a game known as Piquet. Bezique used to have the meaning of “association” or “correspondence.” The English called this game “Binocles,” which means “eyeglasses” (think of binoculars).

It was through the English that Bezique eventually evolved into the game we know now as Pinochle. Bezique peaked in popularity in France around the year 1860 and only a few years later in England. Since the end of the 19th-century, however, the game’s popularity has taken a massive nosedive.

It’s interesting to note that one of Bezique’s biggest proponents was Winston Churchill. That’s right, the English prime minister who gave many a rousing speech and lead Britain to victory against the Germans in World War II was a huge Bezique player, specializing in a type of Bezique known as Six Pack or “Chinese” Bezique.

So if you’re thinking about learning how to play Pinochle, know that you’re playing a game that was a direct descendant of the one The British Bulldog himself loved so well. Like Churchill, you can strive to achieve victory through your tenacious and unrelenting gameplay.

The game requires a special deck of 48 cards that consist only of Aces, Kings, Queens, Jacks, 10s, and 9’s. You can buy them specially prepared at the store, or you can make it yourself by using the cards from two separate decks. The goal of the game is to put together melds (different combinations of cards) that are assigned the highest number of points according to the game’s designated scoring system.

Melds are based on whichever suite is set aside to be the trump suite, so keep that in mind as you study the different melds and how many points they can bag you. This is key to learning how to play Pinochle. Here are the types of melds:

The first is the flush, which is composed of an Ace, a 10, a king, a queen, and a jack of the trump suite. Putting together a flush will reel you in a whopping 150 points, which is the highest you can score from any singular meld.

The next meld is the Royal Marriage, which consists of a king and queen of the trump suite; this will bag you 40 points. A Plain Marriage happens when you have a king and a queen of any other suite other than the trump suite, and that will get you 20 points.

A Pinochle, which is a queen of spades and jack of diamonds, is worth 40 points as well.

The rest of the melds come pretty standard to anyone familiar with other card games. For instance, you have the 100 Aces meld, which is made up of four aces from every suite; that one gets you 100 points.

Another meld is 40 Jacks, made up of four jacks from every suite and worth 40 points. The last meld is known as a dix (which is  pronounced  in the French style as “deece”) and is made of a 9 of trumps. This one only brings you 10 points.

Other Ways to Score

Other than the melds, there are a couple of ways to score in Pinochle. These are either through points or bids. When the game is finished, points are counted in tricks. For instance, an ace is eleven points, a 10 is ten points, a king is worth four points, and a queen is worth three points. Lastly, a jack is two points, and a 9 will score you absolutely nothing. Other than that, you have taking the last trick, which in itself is worth ten points.

Pinochle is certainly not anywhere near as popular as games like Poker and Black Jack, but it’s still played widely, and is a hit in some select circles. For instance, Pinochle actually has its own association: The National Pinochle Association (the NPA). Likewise, if you head out to Vegas, you might get the chance to watch a Pinochle tournament.

There are a number of websites that offer you the chance to play Pinochle online, too. So while it may not be the king of card games, it still has a following and there are still hundreds of chances to play! It’s still very much worth it to learn how to play Pinochle.

5 Rules on How to Play Pinochle

Now that you know what Pinochle is, the history of the game, and the melds and scoring that go with it, it’s finally time to get down to the nitty gritty and learn how to play it. Here are five rules that will teach you how to play Pinochle and get you ready for your first Pinochle game:

After dealing 12 cards to each player (you’ll need more than one deck if you’ve got over three players), flip the card on the top over; its suite will be the trump suite. The winner of the last game can also be the one to pick the trump suite for the next round.

The game begins in earnest as you pick your tricks. All players will play a trick, and the one with the highest scoring trick (trump always trumps) gets to go first on the next round. After every trick, you draw a card from the deck to restore your total to 12.

If you win a trick, you can make a meld, although you can only do one meld per turn. You place the meld face up on the table until you wish to play it. For every meld, you must take one card from your hand and put it on the table.

You can also meld a card again if you do so in a different class or a higher-scoring meld of the same class. You can play melds during a trick, and, once played, you cannot form a meld with any of the same cards.

If the dealer turns the dix as a trump card, they get 10 points. Any player can count it simply by showing it after winning a trick and make another meld with the same card. They can also exchange it for the trump card upon winning a trick if they like.

The next rule for how to play Pinochle is to simply play through 12 tricks. At the end, tally up the score!

You’ve done it! You’ve learned how to play Pinochle. Though complex, the game still has a following and a history that goes back over a hundred years. You can make the game even more interesting by learning to bid, which is definitely worth it! So if you’re bored and looking for a new card game to try, learn how to play Pinochle and give it a go with your friends and family.