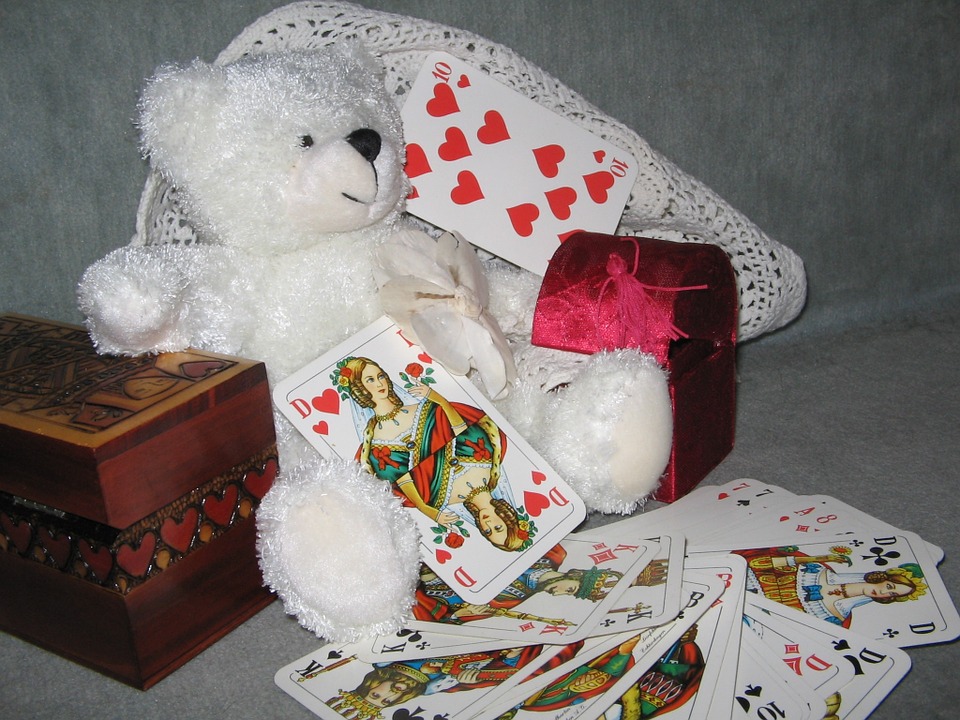 Home » Games » How to Win at Hearts on Your First Try

Before video games, there were board games. Before board games, there were cards. Card games have stood the test of time, with bridge and poker as popular as ever. Las Vegas even televises high stakes poker games! Bridge is one of the most popular pastimes in retirement communities and includes many variations. Similar to Bridge are games like Pinochle, Spades, Euchre, and, of course, the classic: the game of Hearts. Most people learn card games by observing and finally jumping in to play a round. But do you want to know how to win at Hearts the very first time? The secret is in understanding the goal and your strategy.

In war, and in all games, there are two basic ways to win. The first is strategy, or theoretically planning out your line of attack. The second is tactics, or smoothly implementing your strategy. Some people aren’t good at either one, while others are great at both. But for most people, strategy is the tougher one to master. When you consider how to win at Hearts, or any game, you should closely observe and practice the strategies of successful players. If you don’t learn well by watching others, you can read up on basic strategy or watch online. Once you’ve mastered the best strategy, it’s a matter of practice to win at Hearts.

What Is the Game of Hearts?

Hearts involves using the whole deck of cards, and is a variation of Bridge – but unlike Bridge, the “trump” suit (or dominant suit) doesn’t change each time. In bridge, each time you play, you “bid” to determine what the trump suit will be. In Hearts, the trump suit is whatever suit leads the round; only hearts have point values. With no bidding, the game moves faster. The objective of Hearts is to take the fewest “tricks” that contain points. Tricks are four cards that each of the four players puts into the middle during each round. Players donate a card to the middle of the table, and the highest card in the lead suit takes the trick.

When considering how to win at Hearts, you must understand the basic objective is to score low and this means never taking tricks with hearts in them. The suit of the lead card, or first player to go, determines the dominant (“trump”) suit. For example, if a player leads with the eight of spades, then spades is the trump suit. If player two puts in the three of spades, and player three donates the six of spades, while the last player (who has no spades) plays the king of diamonds, then the lead players “wins” that round with the high spade (the eight). The lead player gained no points, because he collected no hearts.

To win at the game of Hearts, you must understand that each round has a specific flow of play. Before the first hand, each player passes three cards to the player on his or her left; for the second hand, each player passes three cards to the right; for the third hand, the cards are passed across; and for the fourth hand, no cards get passed. This way, in each round it is possible to get rid of or “unload” less desirable cards. Throughout the game the “left, right, across, none” cycle repeats itself.

Are There Effective Strategies When Playing Hearts?

Since players will (almost) always pass their high cards – recall that how to win at hearts means taking fewer tricks – the key becomes getting rid of the right high cards (usually hearts!) including aces and kings of any suit. Obviously, high hearts should go. When to play, depending on the cards you were dealt, is the key to playing well and learning how to win at Hearts from the first game. The only cards worth points are hearts (1 point each) EXCEPT the Queen of Spades; she is worth 13 points by herself. It is difficult for a player to win a round after getting stuck with the Queen of Spades, with one exception. (We’ll get to that later.)

All games begin with the two of clubs placed in the middle. If you have the two of clubs, it is advisable to get rid of clubs from the beginning. Why? Because if you have no clubs (this is called being “void” in a suit), you can offload your trump (hearts) suit more quickly. For example, your beginning hand may include several high cards but you may also have the seven and two of clubs. In the first hand played, no player may play a heart or the Queen of Spades, even if that player is void of the suit of clubs.

The structure for passing cards never varies, and you don’t know what you’ll receive. This can make your strategy for how to win at Hearts more difficult. You can count on the fact that players will give you high cards, generally. It is also likely that another player will pass the Queen of Spades and it is your job to decide if you can collect enough high cards to Shoot the Moon (more on this below) or if you should try to offload high cards and hearts each round.

As summarized above, fewer points mean a higher score. But there is one exception, and it’s an important strategy in how to win at hearts, even if you are new to the game. If you receive the queen of spades but also take every single heart trick, this is called “Shooting the Moon” and results in a perfect score of zero for that turn. The way to do this is to decide ahead of time based on having many hearts (particularly ace, king and queen) and other high cards in a suit, or a dominant suit that includes at least the ace and king. When you “Shoot the Moon” successfully, all other players recieve a score of 26 for that round.

The game of hearts requires an end, and it’s easy to predict. The player who first reaches the score of 100 will determine the end of game. This usually requires more than four rounds, but if several players “Shoot the Moon” up front, the game can end in as little as four rounds. The player with the lowest score in the round where one player hits 100 or more wins.

Here’s How to Win at Hearts

Since you know you will play first with the two of clubs, it is a good idea to pass your “low” club card in order void your hand of clubs. By the same token, if you have the ace of clubs hold onto it, as you will win the first trick and gain control. It is also the case that the suit of hearts cannot be played until hearts are “broken” which means that (from the second hand on), a player puts in a heart because they are void in whatever the lead suit was. For example, a player who naturally has no spades can follow a lead spade with a heart. After that, any player can lead with a heart.

It is wise to attempt getting another player to commit to “Shooting the Moon” as early as possible. This gives you a chance to defeat that player from achieving his or her goal, while making sure that player racks up points. Often, if a player is forced to take the Queen of Spades early on, she will attempt to Shoot the Moon as a strategy to avoid taking on the 13 points from the Queen of Spades. If you are in a position to defeat her, having, for example, several high heart cards or a run of one suit, you have more control over play.

What Gives You the Edge

Knowing the cards in other players hands gives you the best chance of winning. There are several ways to do this. First, if you pass cards you know that the player next to you has those three cards. Second, you can intuit and observe what cards the player probably has based on what cards he or she is playing. Remember, all players are trying to offload high cards or Shoot the Moon. Once you determine what the other player is up to, you can adjust your strategy. Of course, other players are trying to predict your movements as well.

How to Win at Hearts Through Stealth

One way to win Hearts is to always Shoot the Moon when you can. The best way to do it is to make the attempt once you have taken the first two tricks and have some control over the lead suit. Once the other players figure out what you are up to, they will stop passing high cards your way, so the time to commit is after the third hand has been played since on the fourth round there is no passing of cards.

Riding the Wave of the Moon

Another winning strategy is to Shoot the Moon once you’ve gotten the Queen of Spades if you also have a long run of hearts. Having more than six hearts in your hand, especially including the ace and king, gives you the ability to control the game. The timing of when to Shoot the Moon is the most important aspect in Hearts because a score of zero will delay racking up points significantly. Hence, whenever you have a chance to Shoot the Moon, whether it is through fate, luck or skill – do not hesitate.

The best way to win at Hearts from the beginning is to watch other play, then practice online until you thoroughly understand the flow of play and strategies. Once you’ve got your basic knowledge down, you are ready to play with others. Take every advantage, and use every hint to determine what cards your opponents have and what their strategy for winning is. Always Shoot the Moon when you can, and you will be able to master how to win at hearts from the first game you play.