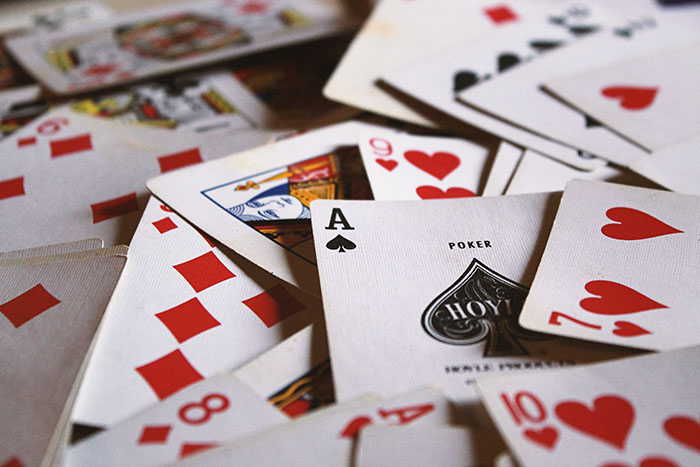 Home » Skills » How to Bridge Cards Like a Pro: Our Comprehensive Guide

Whether you’re getting ready to host your first poker night with your friends or start a career in magic, learning how to bridge cards like a pro is an absolute must. Because let’s face it: most other methods of shuffling are dull, unimpressive, and amateurish. Bridging is popular for a reason; it looks professional and catches people’s attention. You don’t want to look like you don’t know what you’re doing. Only plebes don’t bridge cards.

However, bridging cards isn’t exactly the easiest thing to do. It’s definitely a process and learning takes time. But if you’re willing to put in the work and truly commit yourself, you can learn this neat trick and show up everybody else at the card table. After all, what good is winning if you don’t do it in style?

So if you’re looking to wow your buddies before your next game of Texas Hold ‘Em, own your nana at Canasta, or even start work in show business, mastering the art of the bridge could be invaluable to you. Here’s how you do it.

The first step in learning how to bridge cards like a pro is cutting that deck like it’s a piece of salami. Divide the deck in two, trying your best to keep both piles as even as humanly possible. If you want to be meticulous about it, count them out one by one. If you do this, your anxious friends will probably watch in eager anticipation and show a boatload of gratitude for your dedication to getting things right. “Wow,” they’ll say. “Can you believe how committed this guy/gal is? I wish I had such patience and focus.” When you’re done arranging your two masterpieces, take one pile in each hand and set them across from each other.

This is by far the easiest part of the undertaking, so don’t get cocky. This is just the beginning; get ready for things to get a lot more complex.

The next step in the process is shuffling the deck. This will take some amount of dexterity and care. Begin by taking one pile of cards in each hand and placing your thumbs on the inside edges. Bend the stacks upward until they are almost parallel and then let them fall at the same time by slowly moving your thumbs back. The cards should fall on top of each other, alternating through the new pile. This technique also goes by the moniker of riffle shuffling. It’s OK if your new stack looks slightly messy, but if it’s just a huge, chaotic heap, then start over; there’s not much you can do with it.

If you’re having trouble with your shuffle, there are a few tricks that might help you. For instance, you can also use your index finger to help you bend the cards by using it to press down on the center of the deck or even farther back towards where your fingers grip the stack. Likewise, you can also put one corner of each pile together so that the two stacks make a V shape. Lift gently on these corners and move your thumbs back slowly, letting the cards fall together and overlap. This alternative method could be just the trick you need to move one step closer to the bridge. It’s also much easier on your cards in the long run.

Life consists not in holding good cards but in playing those you hold well.

You might send your cards flying across the room the first few times you perform the shuffle (or maybe even more than a few). Then you could end up playing the infamous game known as 52 card pickup, which is a total blast. But once you’ve got this step down, you’re ready to move on to the last part of the process and finally learn how to bridge cards like a pro.

Oh and make sure you don’t give in to habit and push the two sides of the new stack together; this is crucial if you want to learn how to bridge cards. 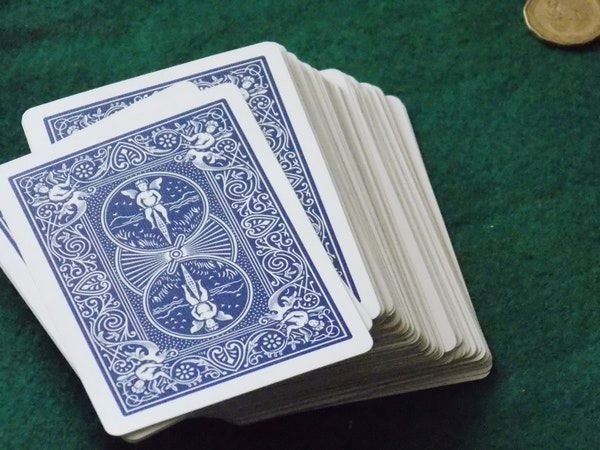 To some, this may seem like a pointless question, but if you take your card games seriously, making the right choice could make all the difference. Shuffling the cards while they’re lying flat on a table is by far the easiest and fastest method. It’s also much harder to glimpse the cards while they’re being shuffled, making it ideal for those trying to keep things fair. That’s why table shuffling is the most popular way of doing things among casinos and professional gaming establishments; nobody likes a cheater. However, shuffling in your hands is way flashier, and you’ll be sure to amaze your friends if you can pull it off.

Keep in mind that whichever way you shuffle, you will end up bending your cards and wearing them out. That’s just the nature of the game; it can’t be helped. All things must eventually come to an end, and a deck of cards is no different. Hand shuffling is a surefire way of doing so more quickly, though, so if the longevity of your deck is a priority to you, you may wish to go the other route. But if your goal is showmanship, then by all means, bend away. Your cards won’t thank you, but your fans will.

Don’t worry if your cards from the two piles don’t alternate perfectly; accomplishing this is extremely difficult, and you’d have to be some kind of magician to do so. Literally, magicians are usually the only ones able to perform this impressive feat, which is dubbed both an in shuffle and an out shuffle. Sure, you don’t want twenty cards from one stack alternating between two from the other, but if your overlaps aren’t exactly even, don’t sweat it. The only ones who need to worry about this are over-achieving illusionists looking to put on a spectacular show. 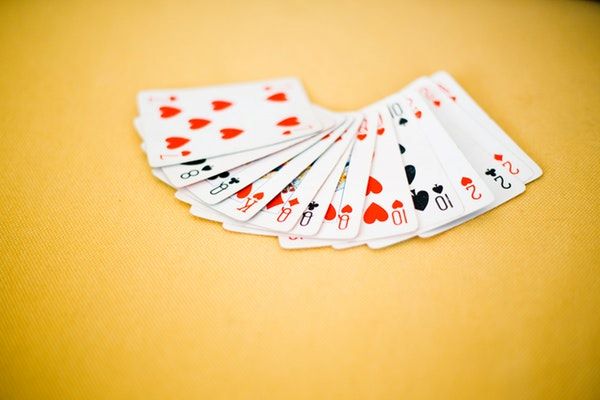 OK, so now you’ve made it to the end of the road, and it’s time to cross that final bridge. The journey to this point was long and arduous, but now dawn is on the horizon and it’s time to step into the light. This is when things get a little tricky, and it might take you a while to master this part of the process. It’s by far the most difficult step in the undertaking, but don’t give up; the end is in sight.

Bridging cards can also be called the waterfall or cascade finish. Hey, there’s no official terminology when it comes to this type of thing, so call it whatever you want. You might go for bridging if you’re playing in your boxer shorts and munching jalapeno poppers with a few friends, but opt for the fanciful “cascading” if you’re hobnobbing with the elite at a fancy dinner party. Don’t forget to adjust your monocle when you say it, though.

Each player must accept the cards life deals him or her: but once they are in hand, he or she alone must decide how to play the cards in order to win the game.

Place your thumbs together at the top of the deck. You’ll want them at the center, so try to be mindful of that. Push the cards upward so they make a shape like a crescent moon or a bridge (this might just be where the trick gets its name). Then, ease off the grip your lower fingers hold over the cards and let them fall into place. When they all come together, you’ve officially done it. The clouds have parted, the sun is shining, and the wind is at your back. You’ve learned how to bridge cards.

Don’t be discouraged if you don’t get it on the first try. You’re definitely an anomaly if you do. Just like any other skill, it will take practice to perfect it. The more time you put in, though, the quicker you’ll get things done, and the sooner you’ll be able to make your friends raise their brows. So take a pack of cards to work with you and give it a couple tries on your lunch break. Get some practice in while you’re relaxing in front of the TV before bed, or when you’re in the car waiting for your kids to get out of school. Or you might want to sit down at the kitchen table and spend ten hours straight trying to become a virtuoso at bridging cards. We prefer the last method, but hey, you do you.

And Now You’ve Learned How to Bridge Cards 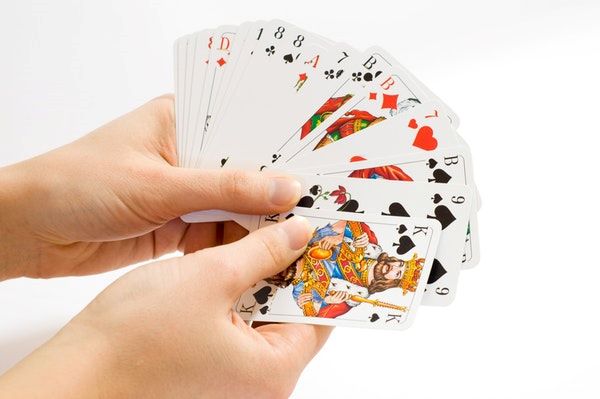 So you’ve finally done it; you’ve learned how to bridge cards like a pro. You may have spent a great deal of time, blood, sweat, and tears in doing so, but you still did it. So go show off in front of your friends on poker night, make your grandma gasp in amazement the next time you guys play Go Fish, or look like a bonafide professional when you’re doing a crazy card trick at your eight-year-old great-nephew’s birthday party. You’ve practically become a god and accomplished something truly worthwhile that your descendants will talk about for centuries to come. Bravo!