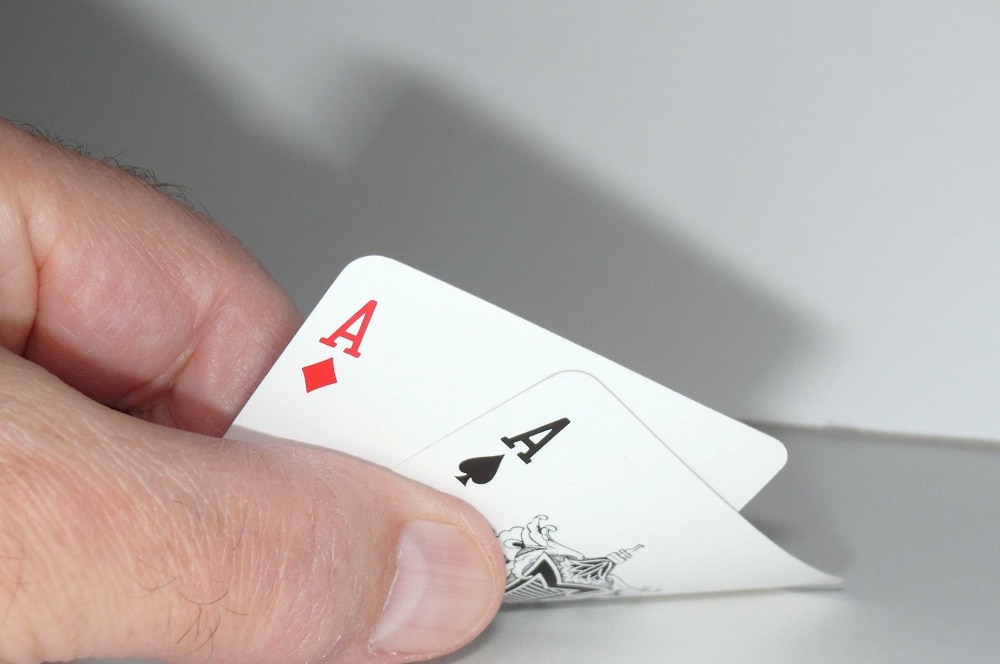 Omaha poker’s rapid rise to popularity makes it the second most played variation in the world, right next to Texas Hold’em.  As a derivative of the Texas variety, Omaha Hold’em is easy to learn, but it’s crucial differences make it an exciting alternative with fast action, big pots, and a draw for both professionals and amateurs alike.

Here we’ll outline how the game is played, the rules, different types of the Omaha card game, as well as give you some strategies to beat out your opponents and win big.

While the rules for Omaha Hold’em stay the same regardless of the style you play, the type of game or tournament will determine how much you can bet, and who gets paid when they win.  There are four types of games.

Here’s a rundown of the basics for each phase of the game.

To win at Omaha Hold’em you need the best possible combination of five cards.  Every player will receive four hole cards, and you can use only two of those to make your hand.  You will also have access to five community cards that appear in the flop (three cards), the turn (one card), and the river (one card) to make your combination.

The best hand of two hole cards and three community cards will get the pot winnings.

If you’re playing a Pot Limit or No Limit game, the game is referred to by the size of the blinds.  For example, a $1/$2 Omaha game will have a small blind of $1 and a big blind of $2.  The blind moves clockwise and the player to the left of the big blind will be the first to bet.

In Fixed Limit games, the big blind is the same as the small bet.  The small blind is traditionally half the size of the big blind but could be larger depending on the house rules or the stakes.

Each player will be dealt four hole cards and will have the opportunity to bet clockwise starting with the person left of the big blind.  This position is referred to as being “under the gun.”

Each player can call or raise the big blind, or fold after examining their four hole cards.  The being structure may vary based on the different styles of the game, and we’ve included information on that below.

Betting continues around the table until all players who have not folded have placed equal bets in the pot.

After each player either bets or folds, the dealer places the next three cards face-up on the board.  Referred to as the flop, this is the first round of community cards that are available to all active players.

The person immediately clockwise from the button begins the round of betting until everyone at the table has either folded or called.

Following the betting action in the flop round, a single card is dealt face-up on the board.  Referred to as the turn, this is the fourth community card in the game.  As with previous rounds, play begins with the individual to the left of the button and every player can either fold, call, or raise.

The last chance community card is called the river, and like the turn, it is a single card dealt face up on the board.  All remaining players have an opportunity to act, starting with the one immediately clockwise from the button.

After the final round of betting, it’s time for the remaining players to show their cards.  If there was more than one person left at the end of the round, the last person to bet or raise reveals their cards first.  If there was no bet or raise on the final round, the player immediately clockwise of the button flips theirs over first.  The player with the best five-card combination that includes two of their hole cards and three of the community cards wins the pot.

Although it’s unlikely if there are ever two hands that are identical the pot will be split equally amongst those with the best hands.

Once the winnings are paid, the button moves clockwise to the next player, and you’re set to start another round.

Omaha poker rules are the mostly the same regardless of whether you’re playing Fixed Limit, No Limit, or Pot Limit games.  There are a few exceptions, and these are the most common.

Like all variations of poker, Omaha Hold’em requires skill and strategy.  Whether you’re a beginner or a seasoned player, these three tips can help you hone your gameplay and give you an advantage against weaker opponents.

One of the biggest mistakes Omaha players make is getting overly excited about great hole cards.  Getting excited about an initial hand that features all of the same suit or three of a kind is a mistake.  Although these can feel like an easy win, it’s important to remember that you can only use two of the cards in your hand to create your win.  If, for example, you’re holding three of a kind, it’s improbable that you’ll see another of your cards during the flop, turn, or river.  This reduces your fantastic hand to nothing better than a pair and reduces the possibility to create a genuinely stellar hand.

Identifying worthless hands is one of the hardest skills for new players to master, but it’s one of the most valuable.  Learn to analyze hole cards for possibilities, and accept if what you’re holding doesn’t have the possibility of becoming a winner.  Many experts agree that it’s better to fold than be forced to bluff your way through later, more expensive rounds.  Especially since it’s likely that your competitors have a hand that will beat yours.

The best starting hand in Omaha is one that has strong cards that work collaboratively to give you a good chance to make a great combination.  If you have a pair, suited cards, connected cards, or complimentary cards, you’re in an excellent position to make something happen.  If you’re playing Hi/Lo, be sure to pay attention to pairs of deuces or low cards as well as winning hand opportunities.