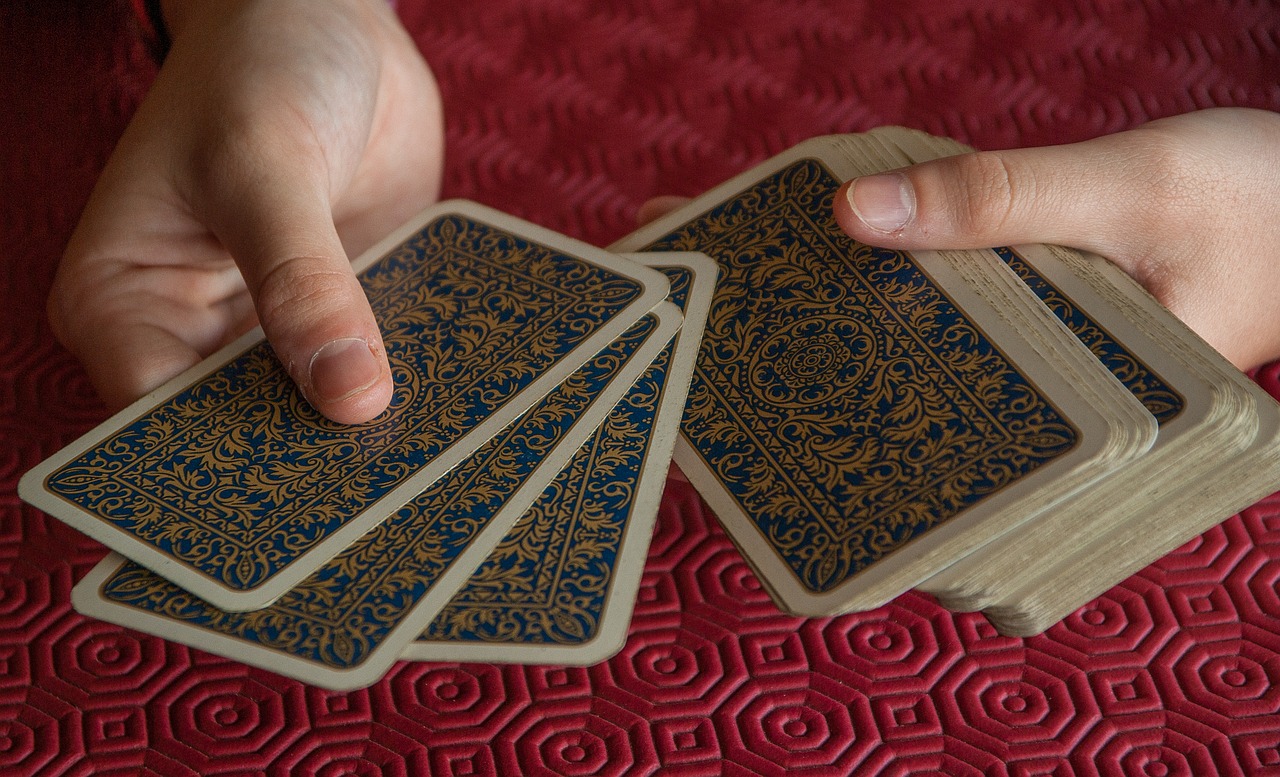 Home » Games » Up The River Down The River: Our Comprehensive Guide 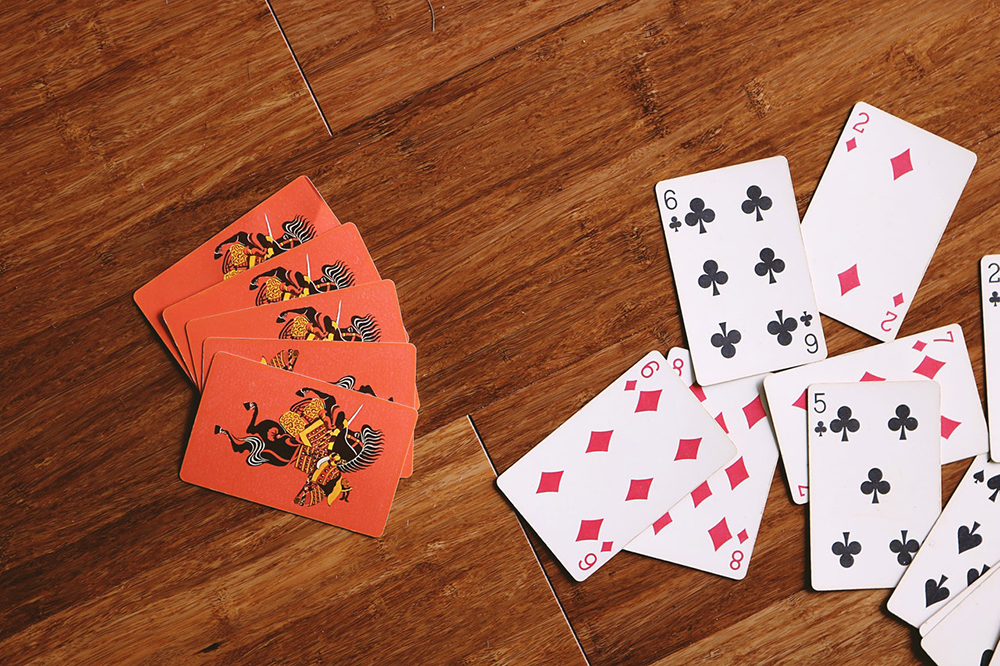 If you and a group of friends, especially a fairly large group of friends, are on the hunt for a new party game to shake up your established routine of entertainment, you should consider playing Up the River Down the River. This game is a great way to incorporate a group in a party game that is inclusive, inebriating, and has the capacity to promote victimization and revenge.

Typically, Up the River Down the River is a drinking game, although it can be adapted for sober parties with minimal alteration, played with just one deck or multiple decks of cards, a large quantity of beer, and an open mind. The game requires each participant to assess the action of the game of in reference to their open-faced hand as they attempt to forestall drunkenness and seize every available opportunity to bully the other players and take revenge whenever the opportunity arises.

What Is Up the River Down the River? 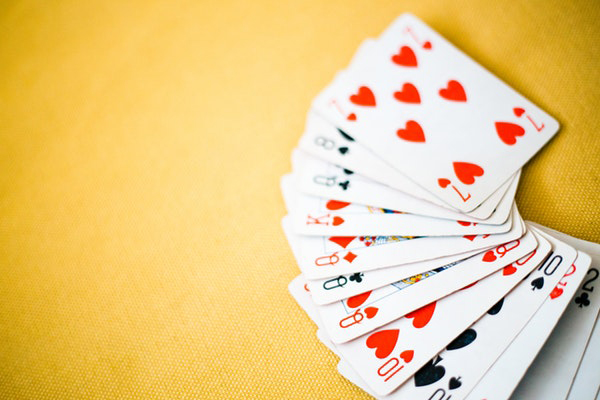 Up the River Down the River is a card game based on emergent matching cards irrespective of suit. In each game, all participants have four cards, with the exception of the dealer who lays out the remaining cards one by one. As the dealer performs this duty, the other players look for matches with their cards. When a player finds a match between one of their four cards and one of the cards the dealer lays out, that player is obliged to either take or assign drinks to their fellow players in an amount that is dependent on the sequencing.

Do You Need Alcohol to Play Up the River Down the River?

Well, yes. We would prefer not to be categorical about questions of this nature but while Up the River Down the River could potentially be adapted to exclude alcohol consumption, as we have described below the game is fundamentally structured to encourage drinking. Playing the game without alcohol detracts from every aspect of its design.

In order to play without alcohol, you must choose something to take the place of “drinks” without losing sight of the fact that gluttony, and not victory, is the ultimate object of the game. The most entertaining substitutions we found in our review of the variations on Up the River Down the River were push-ups or other exercise-related challenges, and cupcakes or any other food that can be eaten in quantity.

Life is like a game of cards. The hand you are dealt is determinism; the way you play it is free will. Jawaharlal Nehru

Obviously, the range of our suggestions indicates that your substitution should be chosen to fit your tastes and the tastes of those you chose to play with, and we encourage you to be creative with any substitutions that may fit with your group. Is this a group that finds excessive exercise invigorating or the kind of group that finds the unfettered consumption of baked goods comical? Perhaps they are another type of group altogether.

Even if you fancy yourself a hardcore drinker, do not traverse the river with hard liquor in tow. This game requires many “drinks” which even seasoned drinkers should think of as sips of beer, hard cider, or other drinks between 1% and 7% ABV. Mixed drinks are inadvisable, and shots are simply a hospital visit waiting to happen. Whatever you end up drinking, don’t be foolish; you are already playing Up the River Down the River, which is foolish enough.

Rules to Playing Up the River Down the River

Before we explain he relatively simple rules, we would be remiss not to mention that this is a social game and is best enjoyed with a group of at least four people; but even that is a little low. The upward limit of participants is basically non-existent; you can play with as many people as are able to fit around the table at which you plan to play.

Fortunately, the supplies you need to organize a game are simple but highly dependent on the number of participants. If you have four to eight players, we suggest you use a single deck of cards. For nine to twelve players, you can add a deck of cards to ensure the game doesn’t end prematurely. In groups larger than twelve, you can simply continue to add a deck for each additional four to six players.

The most essential element of the game is, of course, the beer or whatever you have chosen to replace beer in your iteration of the game. The amount of beer you need to play is heavily dependent on how many participants you have and how much they like to drink. The thrifty host will begin with a quality beer and transition to a more affordable alternative as the game progresses and everyone involved has had enough beer to be oblivious to the taste of the beer that keeps the game going in its later stages.

First, one person must volunteer, or be elected, the dealer of the game. A warning to potential or coerced dealers: the dealer almost always drinks more than the other participants in this game. Don’t volunteer to preside over the festivities unless you are prepared to wake up with a hangover, and be mindful of the size of your “drinks.” Once a dealer has been selected, he or she deals each player four cards face up and places the remaining deck to their right with no cards in front of him or her as of yet.

Traveling Up the River

Traveling up the river occurs when the dealer begins to lay out four cards, from left to right, in front of him or her. When the first card is placed in front of the dealer, each player assesses their cards to see if they have the same card anywhere in their hand, regardless of the card’s suit. If a player does have the same suit as the dealer’s first card, he or she is required to take one drink. If a player has the same card as the second card laid by the dealer, then the player is required to take two drinks and so on until the dealer has laid four cards. The party has now traveled “up the river.”

What constitutes a drink is up to the participants but, as we mentioned above, limiting a “drink” to a sip of beer is wise as this game can continue for some time; pace yourself.

Traveling Down the River

Now that everyone has taken their requisite drinks on the journey up the river, the fun really begins on the return voyage. To go down the river, the dealer will begin placing cards over the cards that took the party up the river. The first card on the return trip is placed over the card with the value of four drinks. Again, players assess their cards to identify any relevant matches, regardless of suit. If a match exists, the player with the matching card gets to assign four drinks to other players (or to him or herself.) This pattern continues with the cards valued at three drinks, two drinks, and one drink.

As players assign drinks to their fellow participants, they are allowed to divide the assigned drinks as they so choose. For example, if a player was permitted to assign four drinks they could assign two drinks to two separate players, one drink to four different players, four drinks to one player, and so on. This Up the River Down the River pattern continues until the cards have been exhausted.

Whenever multiples are present, the player with the multiples is responsible for double the amount of drinks, whether they are being taken or assigned. For example, if a player had two jacks, and the dealer turned over a jack as the second card on the trip up the river, the player would have four drinks to take as opposed to two.

Similarly, on the journey back down the river, if a player had two tens in his or her hand and the dealer turned over a ten on the first card going back down the river, that player would have the privilege of assigning eight drinks instead of just four. This same pattern hold true for players with three or four of the same card, so a player with four cards of the same value will not be taking or assigning drinks very often; but when that player does, he or she will be taking or assigning quite a few drinks. 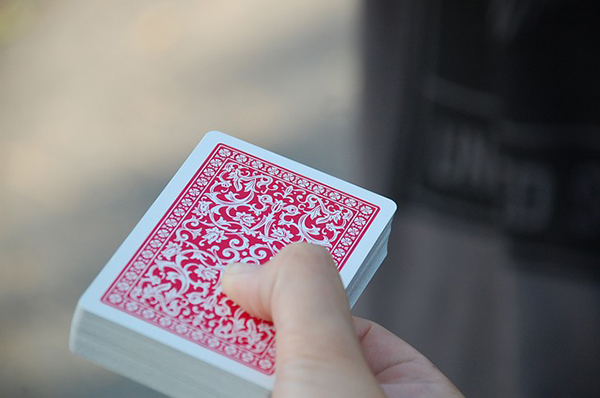 Up the River Down the River is a great party game which works better for larger groups than other, similar games. While the game was developed specifically for slightly irresponsible alcohol consumption, you can always make it your own with adaptions. The game requires only beer, cards, and an acceptable environment in which to play. Once you have combined these elements, you deal each participant a hand of four cards which they match with the cards the dealer lays out progressively. When a match is discovered, the player with the match must either drink or force their peers to drink.