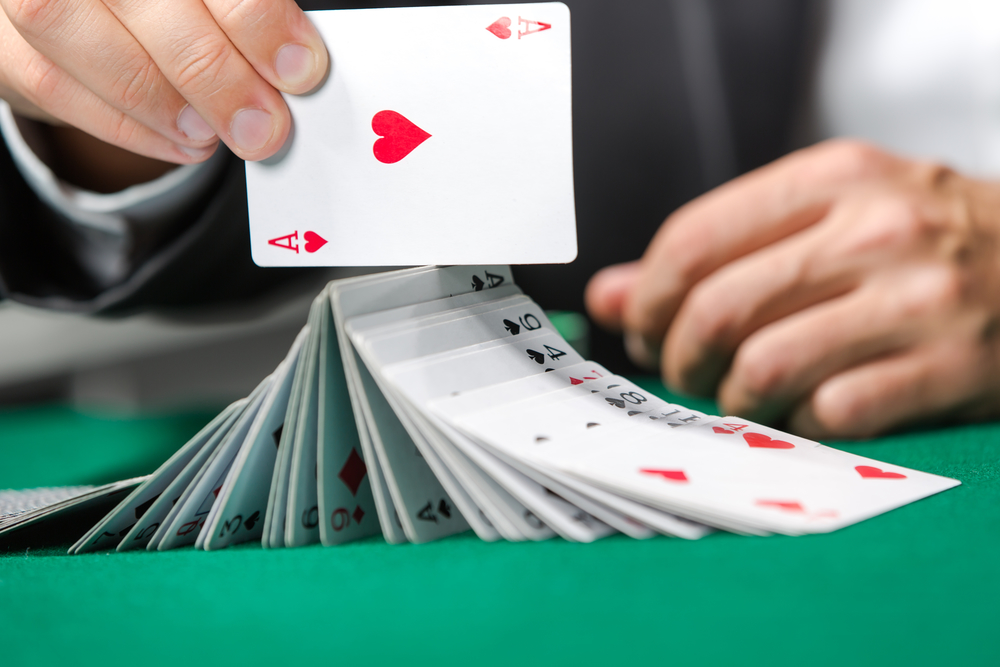 Card games have been popular throughout the generations, and Escoba is one such game to have gained tremendous grounds especially in Latin America. With origins deeply rooted in the Italian variation called Scopa da Quindici, this card game has become a very important part of various cultures today. In many regions, it is also referred to as Escoba de Quince.

Escoba is a popular card game in Chile, Argentina, and Spain among other cultures. It was traditionally played among 2, 3 or 4 players. The name is derived from its Italian origination of a card game Scopa which essentially means ‘broom.’ It is a famous trick-taking game with a finite number of plays.

The objective of this game is to score 21 points at the earliest. A sweep is won by a player by capturing cards that add up to 15 points. Each card has a different score point associated with it. This means that a player who captures most number of cards does not necessarily win as compared to a player with high valuing cards. The players can play either in teams or alone when there are 4 players. The teams are traditionally positioned to sit opposite to each other.

The points associated with a Spanish deck are different than traditional or standard decks. It can be very confusing for beginners who have never dealt with Spanish decks before.

A fixed point is awarded for the four following factors.

There is an additional point given for prime scoring in which ranking consists of 7s, 6s, As, 5s, 4s, 3s, 2s, pictures. 7s are the highest scorer and pictures are the lowest. However, the complete prime construction is considered while awarding this point. Whichever player or team makes the higher prime construction as to the ranking of cards wins the point. For example, prime of 7, 7, 6, 5 can beat 7, 7, A, A prime whereas 7, 7, 6, 5 cannot beat 7, 7, 6, A.A point is not awarded in case there is a tie among the players or teams.

This is referred to as the opening deal. In case the four cards add up to 15 points it becomes an Escoba for the dealer and the player to the right plays to anempty table. This is an extremely special event.

The deal is passed to the player on the right once the stack of 40 cards is exhausted.

The play begins with the player sitting to the right of the dealer. The play continues anti-clockwise until all cards have been played. Each player throws one card on the face-up pile in the center of the table. Each play is motivated by totaling the card points to 15.

Cards are continued to be thrown face up on the pile until a capture is made. Once all players have exhausted their 3 cards, the dealer deals additional 3 cards. However, this time no cards are dealt to the table. There are 6 deals made if the game is played between two players and 3 deals made if a game is played among 4 players. The card game is played with only 40 cards that can make keeping a note of cards dealt easy.

When all cards have been played, and the pack is exhausted; the cards lying face up on the table are taken by the player that made the last capture. However, this is not considered an escoba. The scores are tallied up as per the cards captured by both sides, and the pack is reshuffled. The cards are dealt again as the opening deal by a new dealer.

A capture is made when a player throws a card on the table that adds up to 15 when matched with all or some of the previously thrown cards on the table. It is not mandatory for a player to always aim for the capture. In fact, many times a good strategy is to just build the pile.

However, a player has to capture the cards mandatorily when they add to 15 on the table.

An escoba refers to a player completely sweeping the table clean by taking all cards. The cards are usually kept in front of the capturing side in a trick pile with the first card face up. This helps in distinguishing these piles from other captured cards. An additional point is awarded for such sweeps.

This card game is very fast and light. You need to pay constant attention to your opponent’s hand and judge every move.

Here are a few tips that can help you win a round especially while making a capture:

There are many strategies that are used by expert players to win their hands and create a game.

There are many variations to this card game in different parts of the world. If the traditional method has become too boring or easy for you, then you can try your hand at these other approaches. A good way to make this game more interesting is by changing the way scoring is done.

There is another variation of this game in Brazil which is referred to as Escova. The objective changes to a player winning the game when a total score of 31 is attained. The rules of capture are same with the cards being added up to 15.

This Card game is an efficient way to use your mental faculties in a strategy by involving planning and organization. There are multiple chances to win this game even if you are not dealt lucky cards. By understanding the layout of cards and making a mental note of the cards dealt, you can ensure your victory over your opponent.