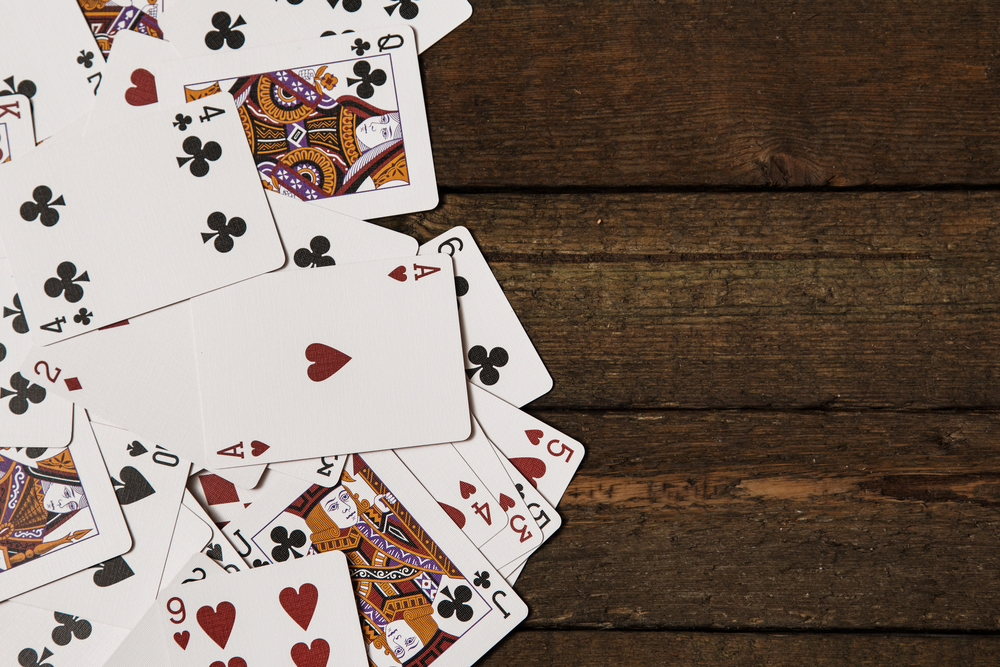 If you’re feeling stressed out, or bored, sure, you could check your email – again, or read through your social media feed – again. But for those long summer afternoons, or those winter days when the weather is just too much, or for taking a break from solving that testy problem at work, why not try a new card game? Tri Peaks Solitaire is an engaging variation of traditional solitaire card games. The set-up is a bit particular, but the play is fast and fun. And according to the inventor of the game, Robert Hogue, over 90% of the games are winnable. How much of life can we say is 90% winnable?

An Introduction to Tri Peaks Solitaire

Tri Peaks is also known as Triple Peaks, Three Peaks or Tri-Towers. The object of many solitaire games is to play all the cards in the deck out onto the table. But in Tri Peaks, the object is to remove all the cards from the peaks you deal out. The game is played with a standard 52 deck of playing cards, and in one variation, a joker as a wildcard.

You’ll have 24 cards left for your draw deck or stockpile. Remember, the object of the game is to remove all the cards from the table or clear the peaks.

If you are using a wild card, take one joker from your deck and put it to the side. In Tri Peaks Solitaire, you can use the wildcard any time during the game. But you can only use it once!

Turn over the first card from your stockpile. This begins the discard pile.

The card you just removed from the peak to the discard pile now becomes the new reference card. Now you can discard any face-up card from your peaks that is one more or one less than the new card. This is where the game can get really fun. Try to discard cards in “runs” like J – 10 – 9 – 8 – 9 – 10 – 9 – 8.

In this game, an Ace is both high and low. In other words, you can play an Ace on a King, or on a two, and you can play either a King or a two on a discarded Ace.

The cards in the upper rows of your peaks are “locked in” by the cards that overlap them in the lower rows. To unlock them and turn them face up, you have to discard the two cards that are locking them in. As soon as they are free, you can turn them face up and, if their rank is one more or one less than the card showing in the discard pile, play them into the discard pile. Some suggest that the more evenly you free up your cards in the three peaks, the more likely you are to win the game in the end.

The game is over once you have gone through all the cards in your stockpile. You win the game if you have discarded all the cards from your peaks, or cleared the peaks. If you still have cards in the peaks after you have exhausted the stockpile, you have lost this round. Deal the cards out and try again.

If you’re playing with a wildcard, you can place that joker on the discard pile at any time and then play any available card on it. This can help you start a new run if you get stuck.

While the main object of Tri-Peaks Solitaire is to clear the peaks, it can also be fun to keep score. Give yourself 10 points for the first card you discard in any series. Then add 20 points for a second card, 30 for the third in a series and so on.

You can play a more strategic version of Tri Peaks Solitaire if you deal the peaks with all the cards face-up. See if you can plan long, long runs that will clear your peaks. This requires good planning and strategic thinking.

Nowadays, we play mostly on our computers or other devices. Playing on the computer allows us to avoid the most annoying parts of playing solitaire: shuffling and dealing out the tableau. In the 1960’s ten-year-old Paul Alfille developed a variation of solitaire that he loved – except for the shuffling and dealing part. He called it Free Cell, and by 1979, he had coded a version for the computer that would shuffle, deal and keep track of a player’s stats. It became one of the most played games on the University of Illinois network. Free Cell was a huge success, maybe because it was something comforting that helped people ease into familiarity with computers.

In the 1990’s Microsoft included versions of pre-loaded solitaire in Windows to support new users in gaining experience with using a mouse, and with pointing and clicking.

This helped solitaire games become even more popular and introduced lesser-known variations of the game to the public. The added features of playable cards automatically flipping “home,” and the celebratory cascade of cards at the end of the game increased the appeal.

Now, computer solitaire is a widely accepted part of life. It appeals to all ages, and it is predictable and calming. Though some workplaces, worried about lost productivity, ban the game during work hours, there may be some correlation between the rise of playing solitaire at work and the fall of work time spent on cigarettes and snack breaks. And recent research suggests that playing solitaire can help prevent memory loss in seniors.

People are always looking for ways to soothe their nerves and to pass time between the busy tasks of life. Solitaire games offer a great option for these times. Tri Peaks Solitaire is an inventive variety of the standard solitaire game. It offers an interesting layout and an easy alternative to more typical solitaire games.

There’s no feeling like hitting a long, long run and clearing a whole row or more in Tri Peaks. Once you find a good game for your laptop, you may want to keep the tab open all the time. Each game takes up only a few minutes in your busy life and can provide you with memory saving and stress- relieving entertainment.