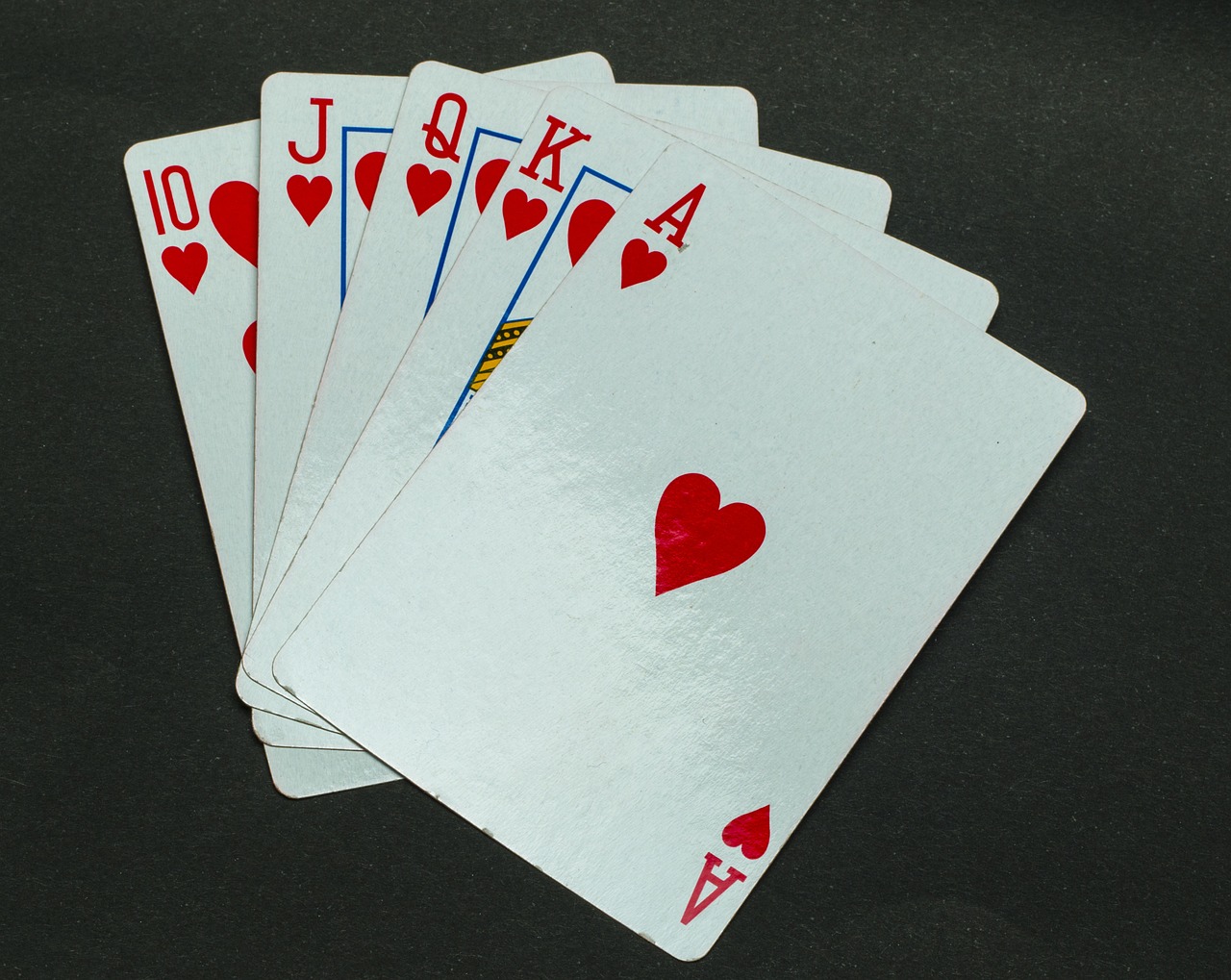 Before there were addictive games on cell phones, even before there computers, card games were used to pass the time. Unlike games such as blackjack or poker, solitaire games are designed for a single player. All that is needed to play Yukon Solitaire is a single standard deck of cards and a flat surface to lay them out on.

Like the most addictive computer games, the premise of Yukon Solitaire is simple, and a player may soon find themselves engaged in round after round. This game can be a sanity saver if you’re stuck without power or somewhere without internet access.

The objective of Yukon Solitaire is to build up all four foundations with cards in ascending order, one of the same suit per foundation, starting with aces. The final stack in each foundation will be stacked, from top to bottom, Ace, two through ten, Jack, Queen, and then King at the top.

Using a single, well-shuffled 52 card deck (4 suits, each containing an Ace, 2 through 10, Jack, Queen, King, and no Jokers), the game is set up as follows.

Cards are dealt into seven columns, also known as “tableau.” The tableau varies in card number, starting with 1, then 6, 7, 8, 9, 10, 11. Cards are dealt one per tableau until seven tableaus are established. Only the card in the first (leftmost) tableau is face up, the other six are face down.

Face down cards are dealt to tableau 3 through 7, which were already started with a single face-down card.

The cards are dealt one by one, left to right by tableau until they are set up as follows:

Then, left to right, one card per tableau, five face-up cards are dealt with tableaus 2 through 7.

This makes the final set up:

Tableaus should be laid out vertically so the value and suit of each face-up card can be seen and the number of face-down cards in each is clear.

Room for 4 stacks of cards or “foundations” should be available, one for each of the 4 suits.

Once the game is set-up, the player can begin to play. There is not a set order in which moves must occur as long as the rules are followed.

When a card in a tableau is face up, it is available for play.

When face-down cards are exposed, they are immediately turned face up.

An empty tableau can only be filled by a King or a group of cards with a King face up on the bottom of the group (also called “headed” by the King).

Foundations are filled by suit, starting with the Ace and built up in ascending order to have the King as the topmost card.

Other than when moving the card to its suit’s foundation, the suit of a card is not in itself important. What is important is the color of the card. Diamonds and hearts are red. Clubs and spades are black.

The Rule For Moving A Single Card Or Groups Of Cards

A descending sequence of alternating colors must be formed between the card moved and the card it is moved to. In other words, if the card moved is a diamond (red) nine then it may only be placed on top of a spade or club (black) of a greater value (ten, jack, queen, or king).

The cards covering the moved card travel with that card as a unit. They do not need to fulfill the descending value with alternating color sequence requirement. Only the two cards creating the union must meet those criteria.

The Most Important Tip

Yukon Solitaire is not a game of speed!

Players should resist the temptation to rush into making the first possible move they see. Instead, players should allow themselves the time to think strategically. The only time speed may matter when playing Yukon Solitaire is in some online versions that include a timer for points.

As soon as the player can, they should…

Strategy: Getting the Cards Face Up

The key to exposing face-up cards quickly is working backward.

For example, a black 5 would need to move to a red card with a value of 6 or greater. To move, find a card that the black 5 can be moved to. Other cards or groups of cards may need to be moved first in order to expose the card needed.

The facedown card in a tableau cannot always be moved with the moves available. If this is the case, move onto the next tableau and see if that face down card can be moved.

Strategy: Moving Cards to the Foundation

If there are no moves available that will expose face cards, the other thing to work toward is moving cards onto the foundations. The first card moved to each of the four foundations must be an ace. So, if possible, the second best thing to exposing more cards is to move the aces to the foundations.

When there are no possible moves to expose face cards, and a foundation has an ace, the player can work on building up those foundations. This should be done just until a move is available that exposes a face-down card. Keeping a variety face up cards in the tableaus leaves more options open if the player needs to move groups of cards.

Yukon Solitaire is a worthwhile version of a familiar favorite to try. The rules are a bit more lenient than those of Klondike Solitaire. Groups of cards can be moved when out of sequence, and the set up does not leave any deck to draw from. This makes the player earn the ability to expose every face-down card on the board.

It is not statistically possible to win every single game you play. Playability of the game is partially based on the luck of the draw when setting up. However, once a player is familiar with the basic strategies of the game, they should be able to win a fair amount. Skilled players win about 80 percent of the games that they play.

Solitaire games are also referred to as patience games. This name does not stem from the need to be patient while hoping to get it over with. Instead, it refers to the need to play the game slowly and methodically. In some ways, the game is calming. It requires concentration, just enough to help block out the day’s stressors, and comes with little moments of victory as the pieces come together.

If you enjoy playing Yukon Solitaire, try playing the other available variations of Solitaire.