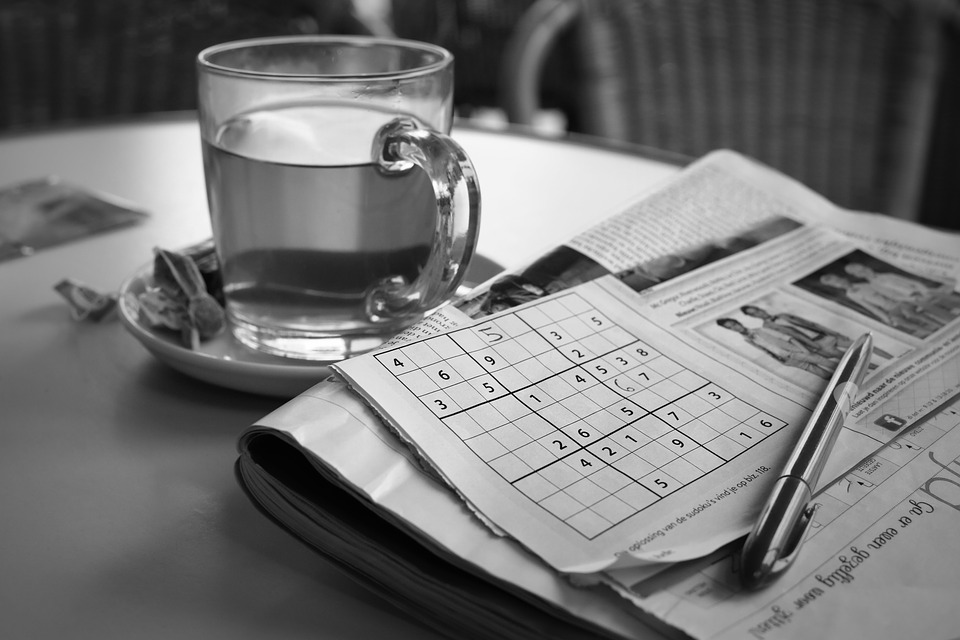 Home » Games » 247 Sudoku: Learning the Rules and Strategies for a Winning Game

247 Sudoku puzzles are small and well-defined, making them easy for children to solve. Typically, it takes a few minutes to comprehend the basic rules of this game. The common form of Sudoku in the U.S. consists of an 81-block square divided into 9 major blocks, each containing 9 blocks.

Therefore, this puzzle is perfect for anyone who wishes to exercise their mental capacity. Without a doubt, Sudoku is fun on so many levels. You’re losing out on a lot of fun if you haven’t tried playing 247 Sudoku puzzles.

Accordingly, the modern game of Sudoku was invented in 1979. This puzzle is a mind game that requires players to use logic and reasoning. It’s a great way for both children and adults to enjoy their leisure time as they develop their critical thinking skills.

Imagine a game that allows you to have fun as you learn something new at the same time. Basic 247 Sudoku games last for 10 to 40 minutes. However, the time taken to complete this puzzle depends on the capability and speed of the player.

Puzzles fascinate most kids around the world. Therefore, it is easy to introduce your child to Sudoku puzzles books when they’re as young as 6 or 7. 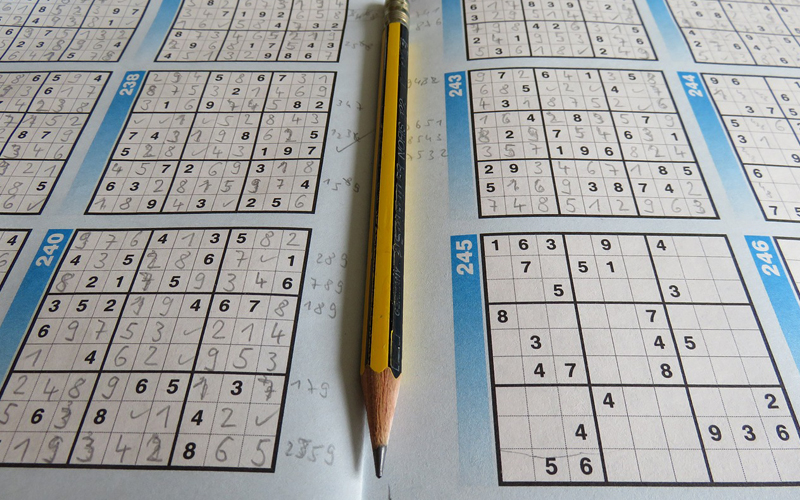 Pronounced ‘soo-dough-coo’, Sudoku is a number-based game/puzzle that became popular in the early 2000s in the Western world. It comes in a 9×9 grid subdivided into 3×3 grids.

The sole rule is to fill the empty cells with numbers (1 to 9), ensuring each number appears only once per box. Then, the complexity of 247 Sudoku puzzles varies depending on the number and positioning of the pre-filled cells.

At a glance, one would be fooled to think that Sudoku is a game that involves several mathematical calculations. 247 Sudoku is an online puzzle game created for a single player. It is somewhat similar to a crossword puzzle, except it includes numbers only.

The puzzle consists of a grid of boxes referred to as cells. These boxes are stacked nine wide and nine high to make a total of 81 cells. Some cells in 247 Sudoku are filled with numbers in advance. The player’s task is to fill the remaining boxes, correctly.

Looking Into the 247 Sudoku Brief History 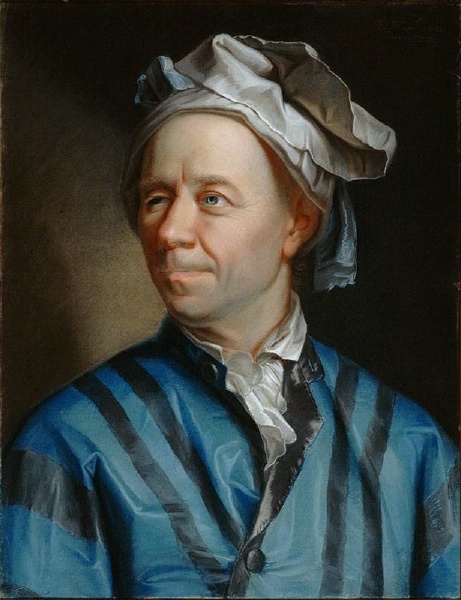 Latin Square is a significant part of the history of Sudoku puzzles. Over the years, many scientists have used it in statistical analysis.

In 1780, Swiss mathematician Leonhard Euler came up with the idea of arranging numbers in a particular order. He wanted to ensure that any symbol or number appeared only once in each column or row.

Similarly, 247 Sudoku requires each region to have numbers appearing once, vertically and horizontally. Even more, Howard Garns, an Indianapolis architect, is credited for coming up with this rule when he was developing the Sudoku puzzle.

Dell Magazines published Sudoku puzzles under the name “Number Place” for more than two decades. To this date, the title remains the same in the Dell Collector’s series.

Currently, Dell Magazines publishes Sudoku books with titles like Dell Extreme Sudoku, Dell Original Sudoku, and Dell Maximum Sudoku. Americans may have invented this puzzle, but they didn’t come up with its name.

When Nikoli introduced Sudoku in Japan, he named it ‘Suuji wa dokushin ni kagiru,’ which loosely translates to “the numbers have to be single or unmarried.” It wasn’t long before the name was shortened to SUDOKU. 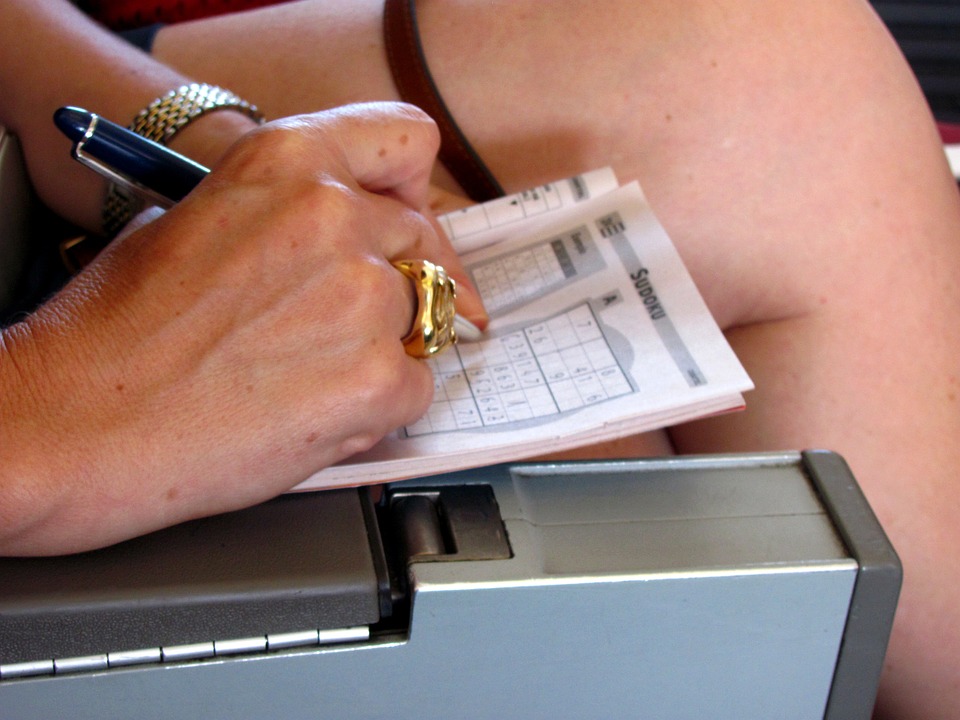 The author of Su Doku the official utterly addictive number, Wayne Gould, encountered the puzzle in a bookstore located in Tokyo. He developed an interest in it and began creating his own puzzles.

The Times, a British Newspaper, published his puzzles as Su Doku. The rest, as they say, is history. Today Sudoku puzzles appear in major newspapers across the United States. In addition, they continue to increase in popularity daily.

Although this puzzle involves a lot of arrangement and number play, you don’t have to be a math scholar to play it. The basic rules of 247 Sudoku are simple:

Since some 247 Sudoku puzzles are difficult to handle, you may need some of the tips below:

If you’re a beginner, it’s advisable to leave pens to the professionals. It is easy to make errors on Sudoku puzzles, regardless of whether they’re simple or complex.

Thus, using a pencil will allow you to erase any error you make while filling in the missing numbers in their respective boxes. 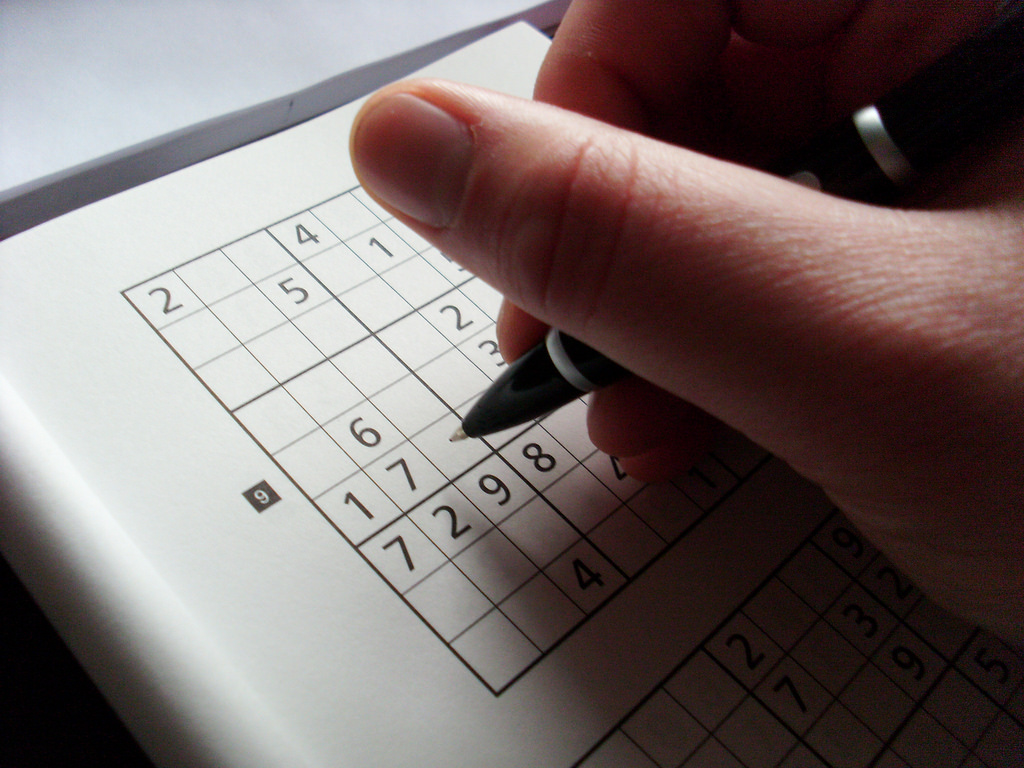 Think Though the Answers

Fill in the cells only when you’re sure of the numbers. Think about your answer and determine whether it is unique to the values in a given row, column, or block. Use trial and error minimally.

Check for numbers that frequently appear in your puzzle. Note down the numbers and find the right spots for them.

Proceed to the Nearly Filled Boxes

As you start filling in the numbers, look at each block to identify ones that have fewer unfilled cells. Once you have found one, try to figure out the remaining numbers. Be sure to place the digits in the right positions.

Scribble All the Combinations and Permutations When Stuck

After placing the easy numbers, focus on the remaining numbers. Then, note down all the plausible answers within each cell.

Pick a square and determine the numbers that do not appear in any of the 3×3 grids, columns, or rows. Scribble the numbers in the square you’re focusing on. From there, figure out the most suitable possible answer for the box.

Look for Other Options

When solving 247 Sudoku, you might get to a point where there are several probable solutions for the remaining empty boxes. So, you should search for the boxes in a column, box, or row that have similar options.

If you find 2 cells that have the same 2 options, you should fill in the numbers in either of the boxes. Plus, the numbers shouldn’t go in any other boxes within the 3×3 grid, row, or column. 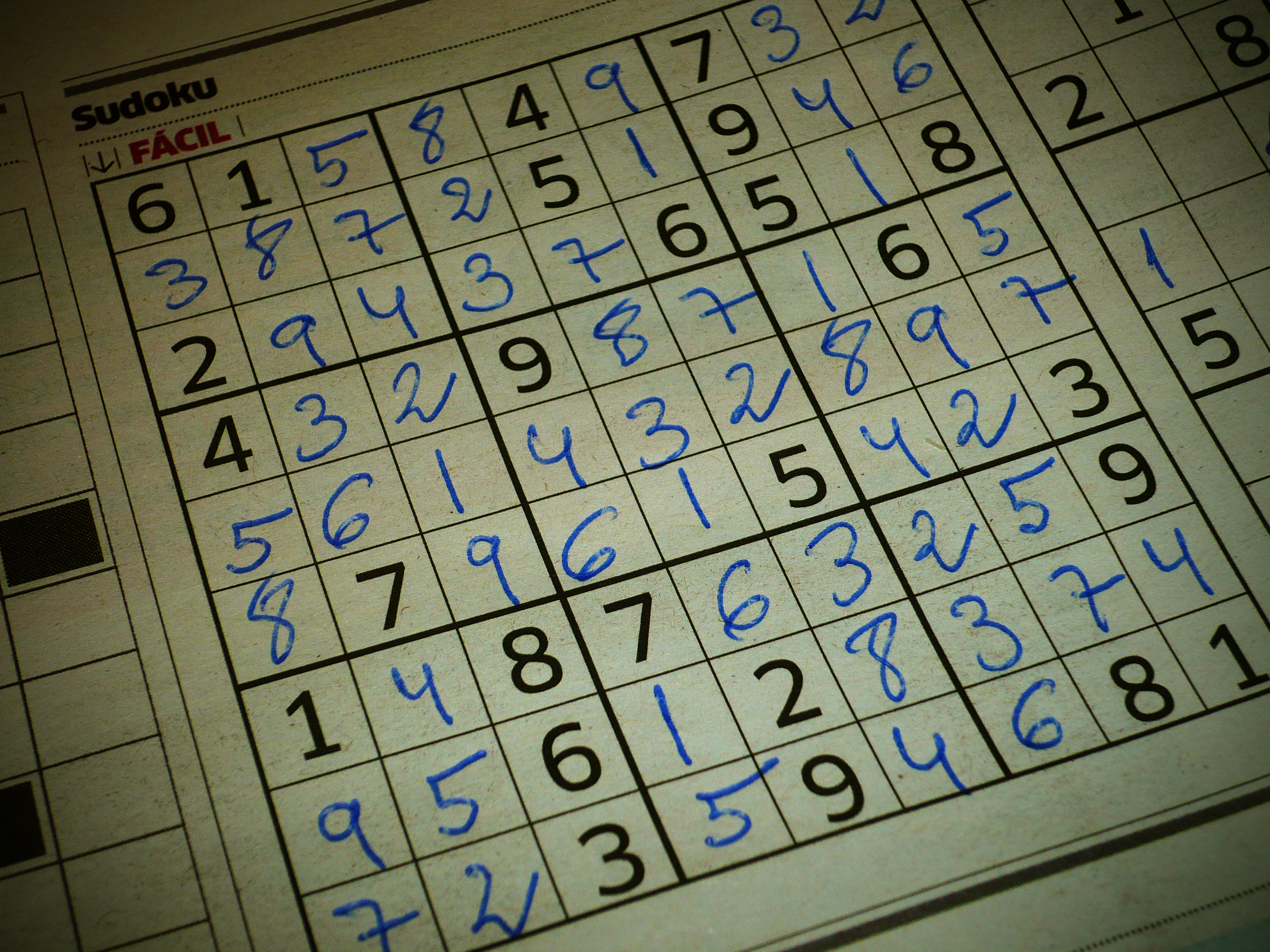 In addition to using these tips, you’ll want to have a working strategy when playing 247 Sudoku. Just like a Sudoku game and a poker game, strategies help a lot. Some Sudoku solving techniques include:

A good strategy doesn’t have to reveal every answer. Nonetheless, it can help you narrow down possible values. And, this technique involves predetermining a suitable value for a cell to eliminate possible numbers from a column.

This is one of the simplest techniques. Then, the naked single refers to an empty cell whose value can be deduced from looking at the values of its column, 3×3 block, and row.

For instance, if 8 numbers have already been filled into the neighboring cells. Thus, it’s logical to place the last remaining number in the empty cell.

This strategy involves using neighboring blocks to determine the right values for empty cells. If a couple of adjacent blocks have some of their columns and rows blocked by a certain number, you can use this technique to whittle down the value of the 3rd adjoining block.

The effectiveness of this strategy depends on the number of candidates used. Also referred to as hidden subset, this Sudoku solving technique allows players to narrow down candidates from the empty cells; not from the surrounding blocks, rows, or columns.

If three separate boxes in a row have several probable values. But, there are three common numbers occupying at least one cell, you can eliminate any other candidates from these cells. This move will leave the three values as the sole candidates for the three boxes.

Some people refer to this strategy as “Naked Quad” or “Naked Triplet”. The technique involves removing candidates from blocks, rows, or columns.

If you have two cells on a row with the same set of candidates, you can use this strategy to remove the values from the rest of the cells in that row.

Ultimately, Sudoku is one of the best puzzle games out there. Also, it has proven to be an addictive game that keeps many minds busy and entertained especially during game nights. Before playing 247 Sudoku online, it is advisable to learn how the puzzle works.

Find sufficient information to help you understand the dos and don’ts of Sudoku. Like any other game, you’ll have to practice a lot to become a professional in completing this kind of puzzle.

You can pick one or more of the strategies in this article to get you started in the world of Sudoku. Besides having a good strategy, you must think critically and logically to find the right values for each box.